Predictions for the next wave of PotC sets 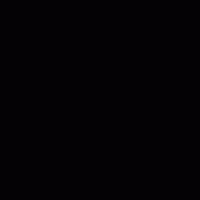 thesinisterpenguin Member Posts: 96
April 2011 edited April 2011 in Everything else LEGO
Having only recently got back into LEGO, I wondered if a) my presumptions are correct, and b) if we could possibly guess/predict what the next wave of PotC sets will be.

We already know that 4184 is the Black Pearl, but I wondered if we could discuss our guesses for the remaining 6 sets (if the numbers work that way (see 'a)').

I hope that the Flying Dutchman will be one of them, because that is a very impressive ship, and would look great in LEGO form! Including, of course, a few crew members and what promises to be a brilliant minifig - Davy Jones!
http://www.sailblogs.com/member/elshaddai/images/pirates_of_the_caribbean_001_scale.jpg

One thought I had was the Blacksmith where we see Will Turner and Jack having a sword fight. The potential parts here would be the cart which flips them up to the rafters (some sort of flicking mechanism/see saw motion), a wheel that does something (the wheel which the donkey rotates).
http://us.ent4.yimg.com/movies.yahoo.com/images/hv/photo/movie_pix/walt_disney/pirates_of_the_caribbean__the_curse_of_the_black_pearl/_group_photos/johnny_depp7.jpg

A possible set could be from the start of the 3rd movie, the bath house in Singapore, with drop away floor and Singapore pirates/British soldiers and Elizabeth/Will/Barbossa etc in costume/disguise. (Having just googled that, it appears megabloks did something similar - won't post a link.)

An awesome set, though unlikely, would be the end of the second movie, with Jack, a battered up Black Pearl (or part of) and the Kraken's mouth at the side of the ship. It would be a great build, though is more likely to arise as a MOC!
http://img.listal.com/image/884842/600full-pirates-of-the-caribbean%3A-dead-man's-chest-screenshot.jpg