Next level dirt: how do I clean it?

Miritur ItalyMember Posts: 2
October 21 edited October 21 in Everything else LEGO
Hello everyone

So I received from a friend a nice big bulk of bricks, approximately 14kgs.
Of course I'm very happy because there is a lot of rare stuff in it (including a still working 6990 set) but.... There is a but.
This friend of mine did not care much about LEGO® and these bricks were literally left to rot out in the open in his garden, inside plastic boxes. When I write 'rot' I literally mean it: rain filled the boxes, and over the years some terrain got inside along with algae, larvae...
Well it became the same type of water you would find in swamps, I have no other way to describe it.
Result: the bricks have not only yellowed, they are encrusted in a weird, difficult to remove, brown layer that I can not identify in any way. I tried with limescale removing products but it's no use.
The only way to remove some of it is to manually brush each brick. I attach pics so everyone can see what I am talking about.
Has anyone ever had this same type of dirt? What could it be? Do you know of any product/tool that could help me cleaning faster?
Thanks all! 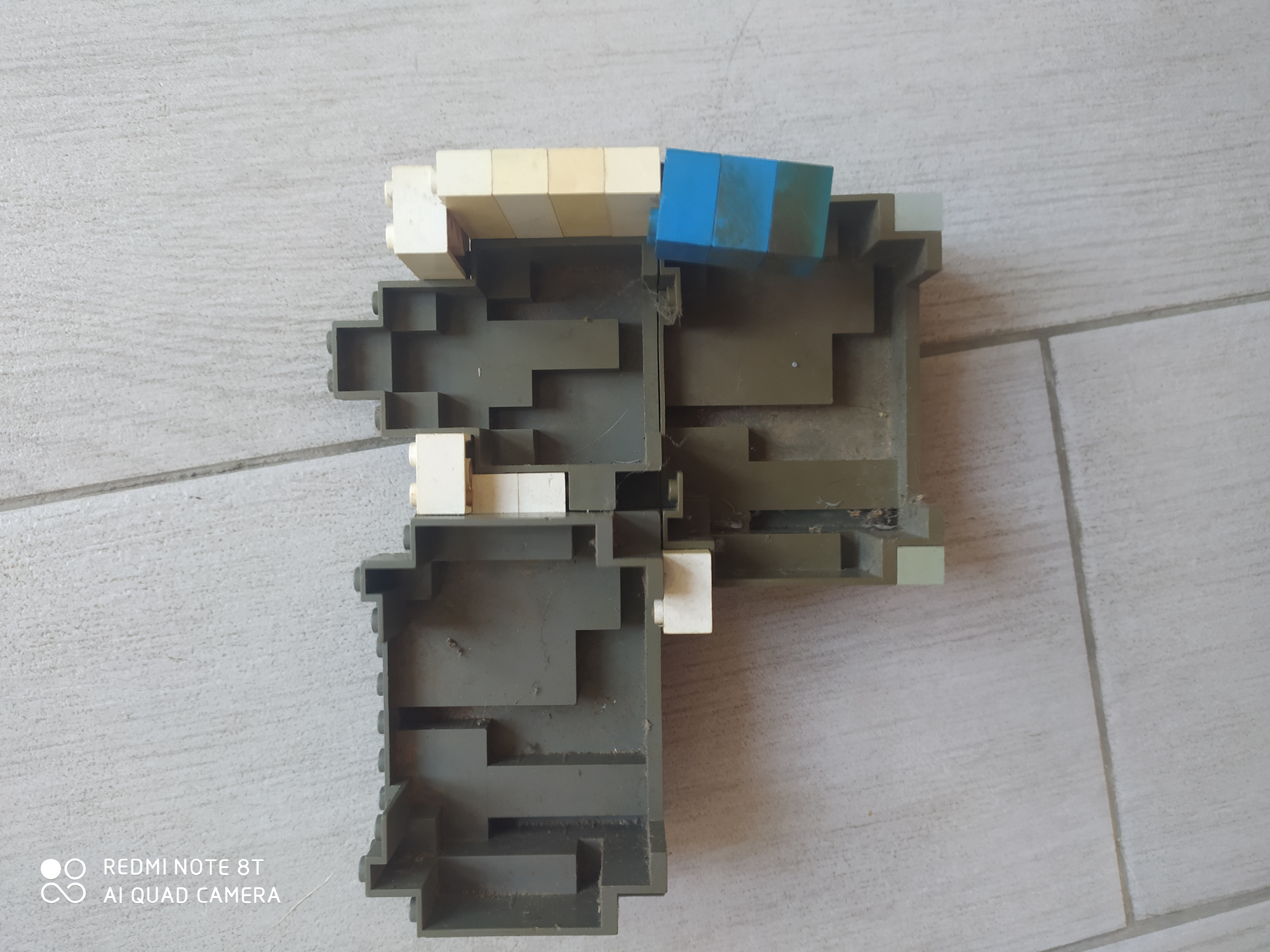 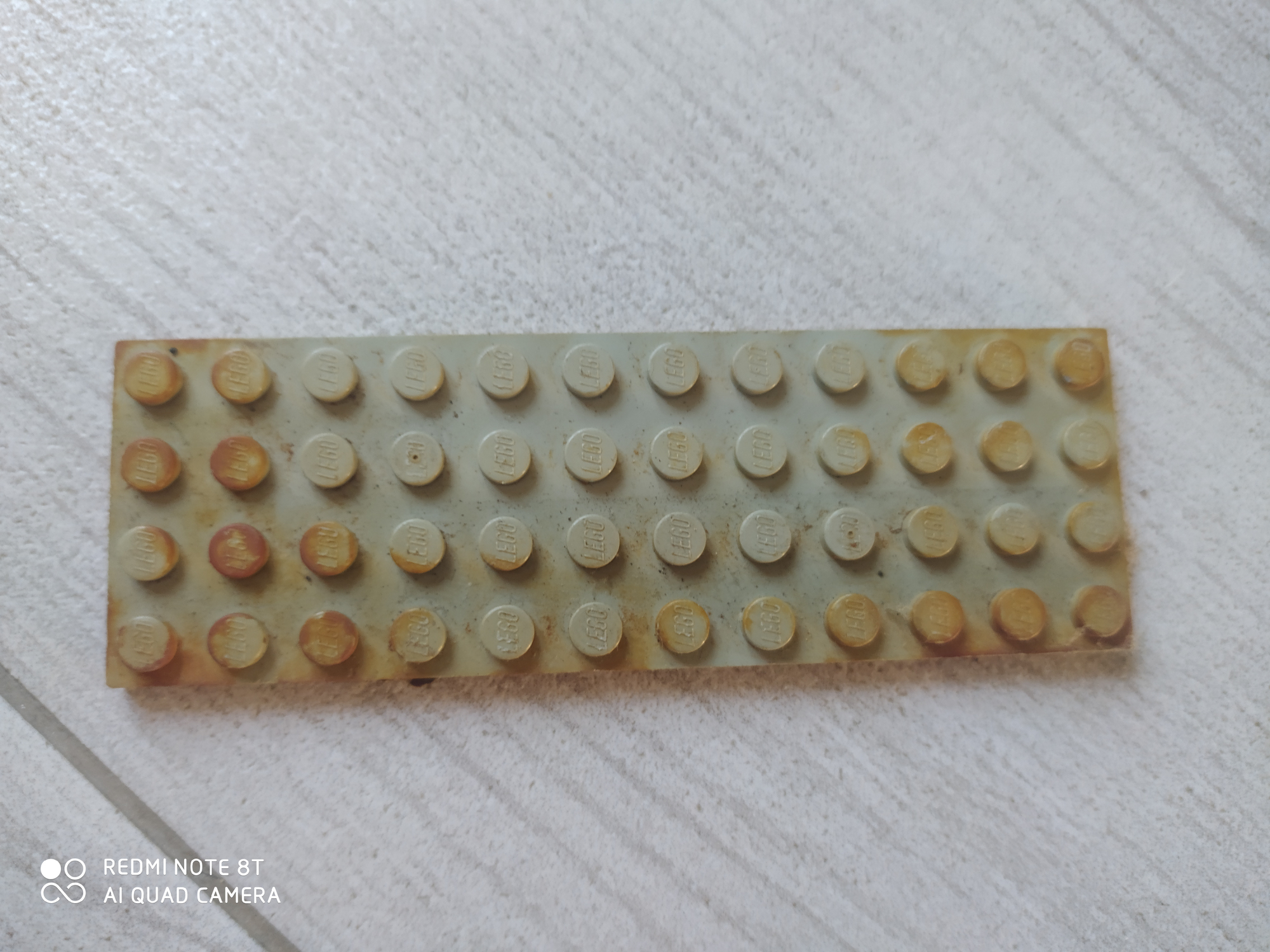 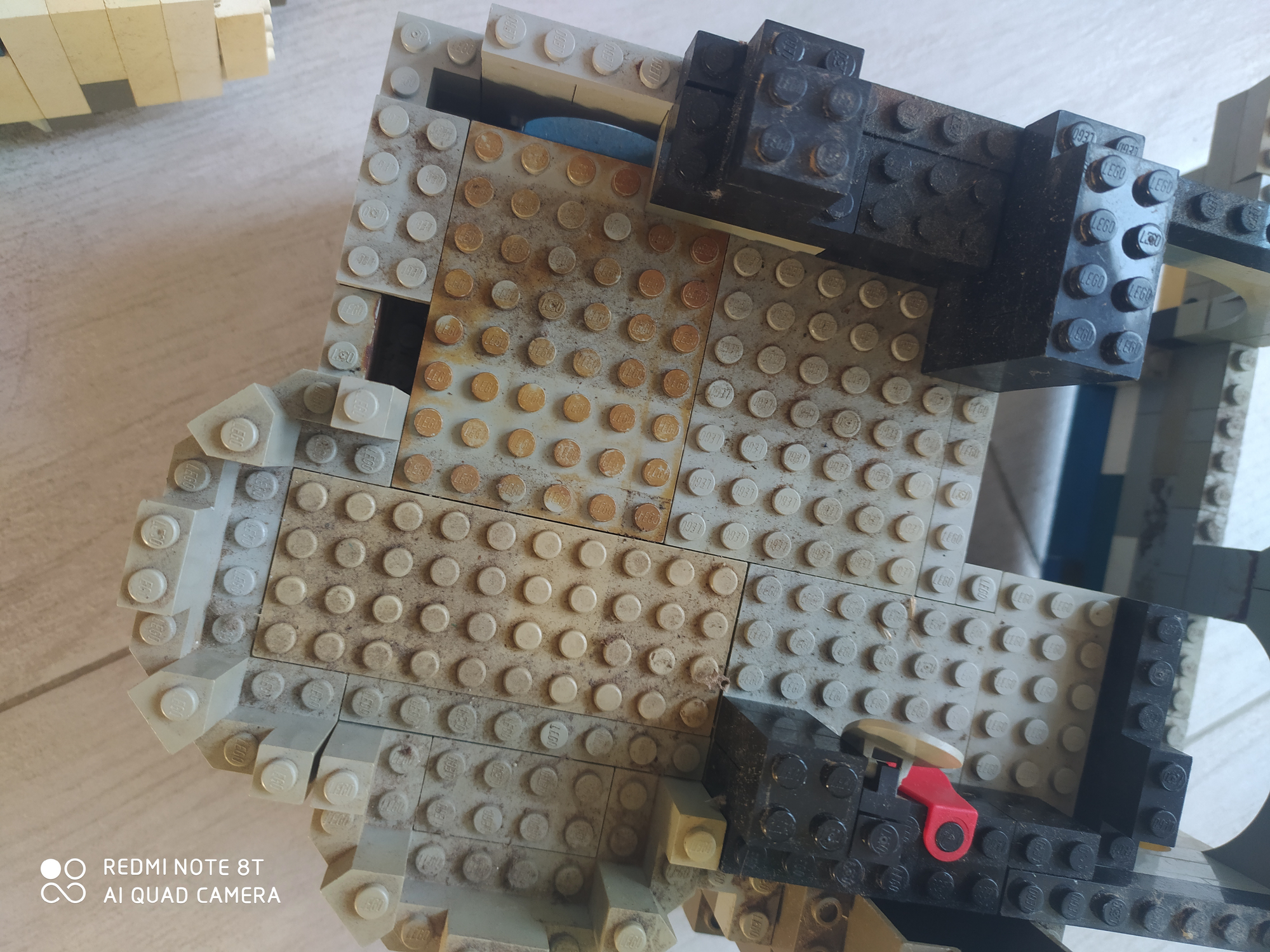 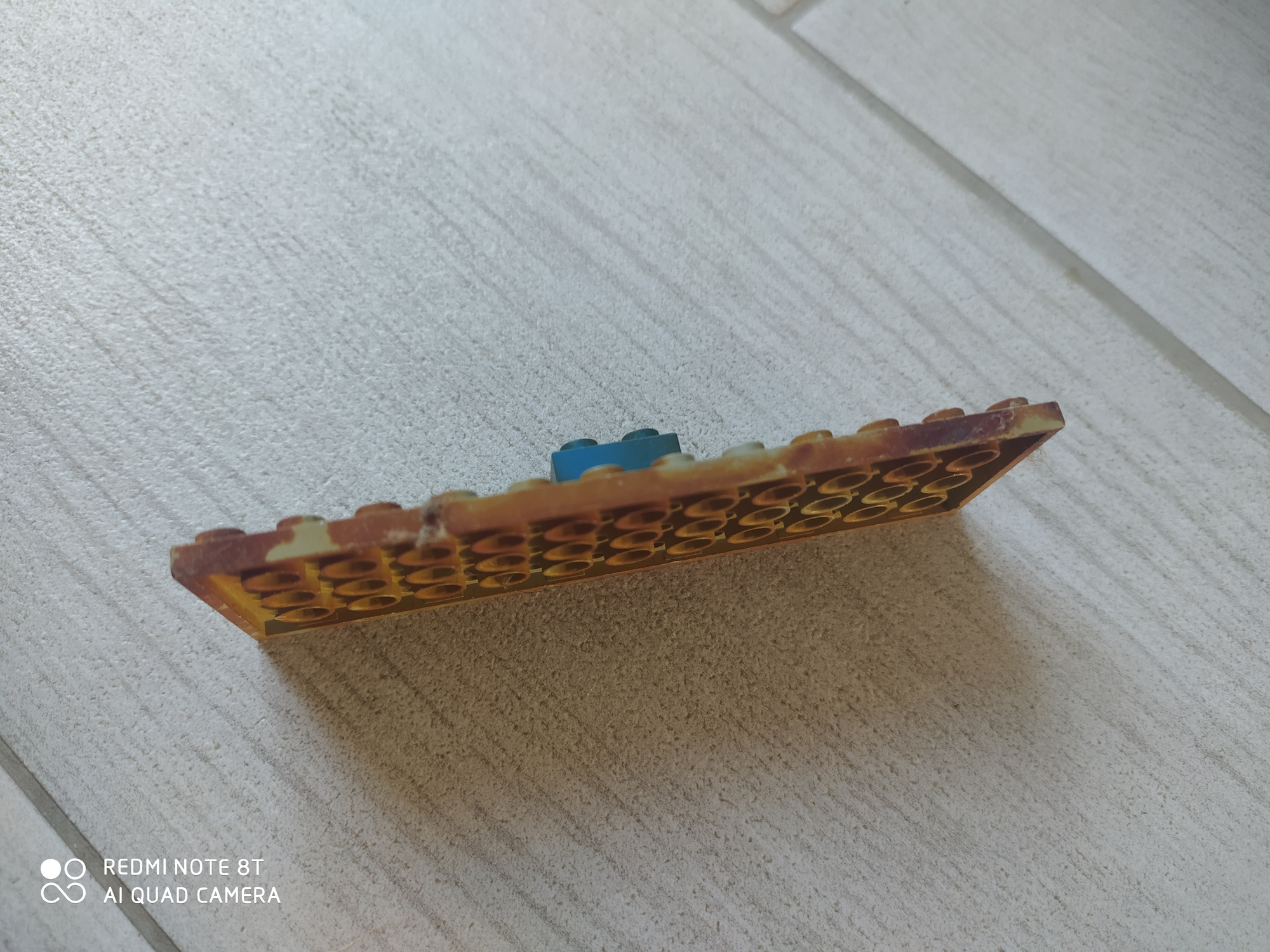