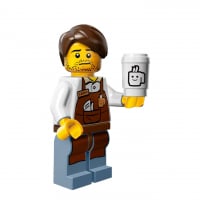 windjammer Newcastle, UKMember Posts: 60
August 2020 in Building and Techniques
So I've been Bricklinking 10182 Cafe Corner, but trying to do it on a budget.  The 36 dark-red slopes sell for £1 each and I was looking at ways to make a big cost saving.  I've seen that some people have swapped out the dark-red for red, but I think the non-primary colour shade of red combined with the Tan colour is something that makes Cafe Corner look so great.  I checked out a few alternatives options instead that I've shared below.  Here they are modelled in LDD:

The first idea I had was to borrow the Parisian Cafe roof technique.  It has a plate on a hinge, with some slopes on it (alternating 4x1 11153 and 3x1 50950) to create a roof-tile effect.  Instead of one large plate like PC, I would use 2- or 4-stud-width plates that would fit between the windows.  This looks great from the outside and the slope parts are cheap.  The downside is that the edges of the building would still need the original expensive slopes (8 of them).  The sloping plate also gets in the way of an inverted slope that is used to support the roof. 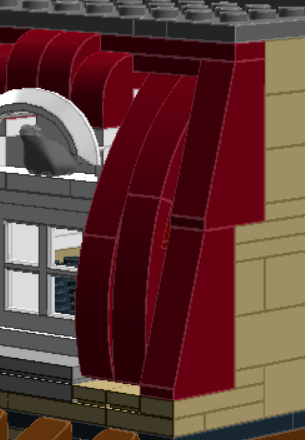 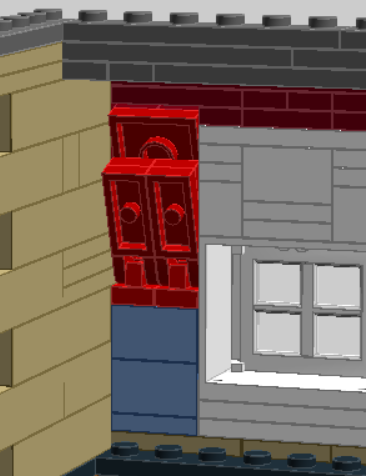 My next idea was to mount 3x1 slopes vertically.  They are cheap and plentiful, but I wasn't sure I liked the stud on display.  I tried covering the stud with a 1x1 tile but I didn't like that either.

My last idea was to mount 50950 slopes vertically. These slopes can be bought in dark-red for about 4p in the quantities needed and I don't need the original expensive CC slopes for the edge parts as I do in option 1.  I think it looks just as nice as the original design and I think the alternating arrangement is an improvement.  I'm a big fan of the alternating tile-effect on the roof of PC, and that was the inspiration for this: 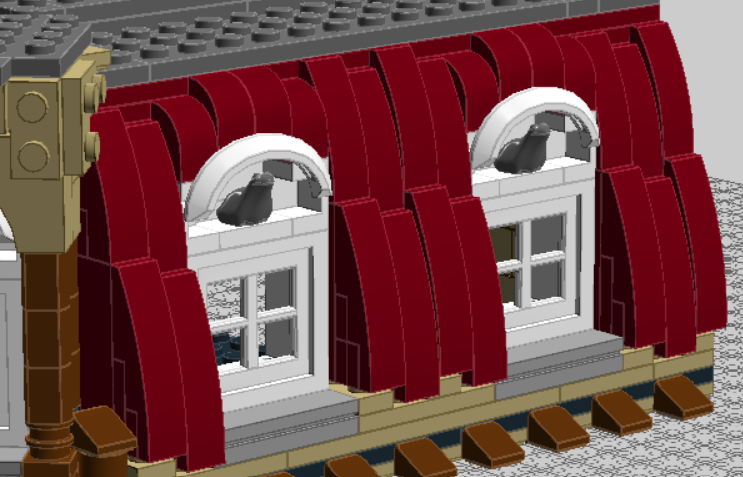 Here is a side-section of the design:  one of the dark red 1x1 and blue 1x1s is a 87087 (stud on side) that enables the slopes to be laid vertically. 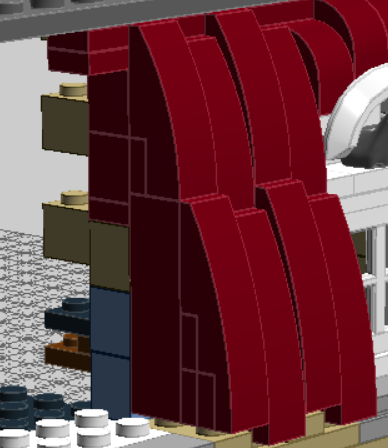 This is how it looks from inside the Cafe: 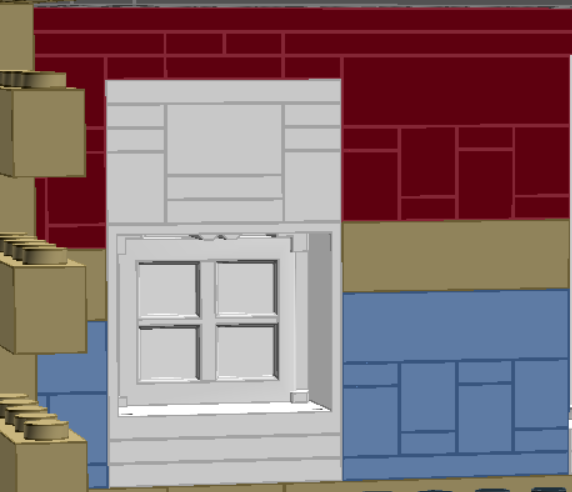 The downside of this design is there is a small gap at the bottom of the window ledge:

Nevertheless, I think this is the best approach and it costs about £4 instead of £36.   The gap can only be seen when you look up at the top floor.

I've collected all the bricks, but I've not built it yet.  I'll post some actual photos when it's completed!