Selling Minifigs to Cover the Cost of the Set 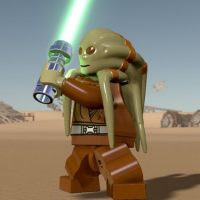 pocketsmaster MichiganMember Posts: 6
January 2019 in Buying & Selling Topics
Has anyone had success selling the minifigs to cover the cost of the set?  I'm trying to expand my inventory of parts without breaking the bank.  It seems like the most viable way is bricklink or ebay, but I'm not sure what the best route is if I try it or even if I should.
0