LEGO CMF SERIES 20: How to bring back Mr Gold! 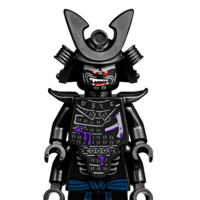 AymarBuildsLego United StatesMember Posts: 6
December 2018 in Buying & Selling Topics
Hello lego collectors, Ive been thinking about this what if LEGO brought back Mr gold? It would make sense if they brought him back at series 20, Since it would be the 20th Series. (excluding harry potter batman movie etc). To celebrate 8 years of The CMF series, Lego would bring back mr gold. There are three reasons why this should happen.

1) By the Re-Release of a very rare minifgure, This is a way LEGO can stop the scalping of this minifigure
2)The sale of the minifigures will be Higher than any other series
3) Gives a chance for people like me who never got mr gold in series 10.

what do you guys think? Do you think LEGO would do this? Is this a Bad Idea? let me know!! MAY THE FORCE OF THE BRICKS BE WITH YOU
0
«123»