monkey_roo Member Posts: 1,411
April 2017 in Everything else LEGO
For the first time in a while I can safely say I had a disappointing Lego building experience. To contextualise I love Guardians of the Galaxy, I got hooked in 2006 on Dan Abnetts crazy space opera and have devoured anything and everything ever since. So back in 2014 I was super excited for the movie and the Lego sets and was most impressed with both. In the case of the Lego sets the Milano really stood out. It took a few hours to build, was interesting and at a decent scale and price, certainly one of the Marvel sets of the year back then.

Roll forward to today and the same sense of anticipation is there again and while I think the film will rock, the same can't be said for the sets, specifically the Milano. The entire build took around an hour, there was nothing interesting about it and much like the ever shrinking Quint-Jets the model is half the size but not half the price. And unlike the Quint-Jets is totally lacks play features.

People can talk about increases in production cost, Brexit tax, bla, bla bla all day long, they might also point out the fact that the new set costs less that the orignional, although there are 100 less pieces in the set... but the bottom line is we have a smaller, less feature rich, totally underwhelming model that doesn't do justice to anything. That isn't to say the new model doesn't have some redeeming qualities, the colours are nice and the front profile is accurate, however, it feels half finished.

The figures remain an excellent draw but for a set that is based around one of the iconic vehicles from the Marvel Cinematic Universe, this seems like a swing and a miss. Anyway, i thought I would show them side by side so people can see. 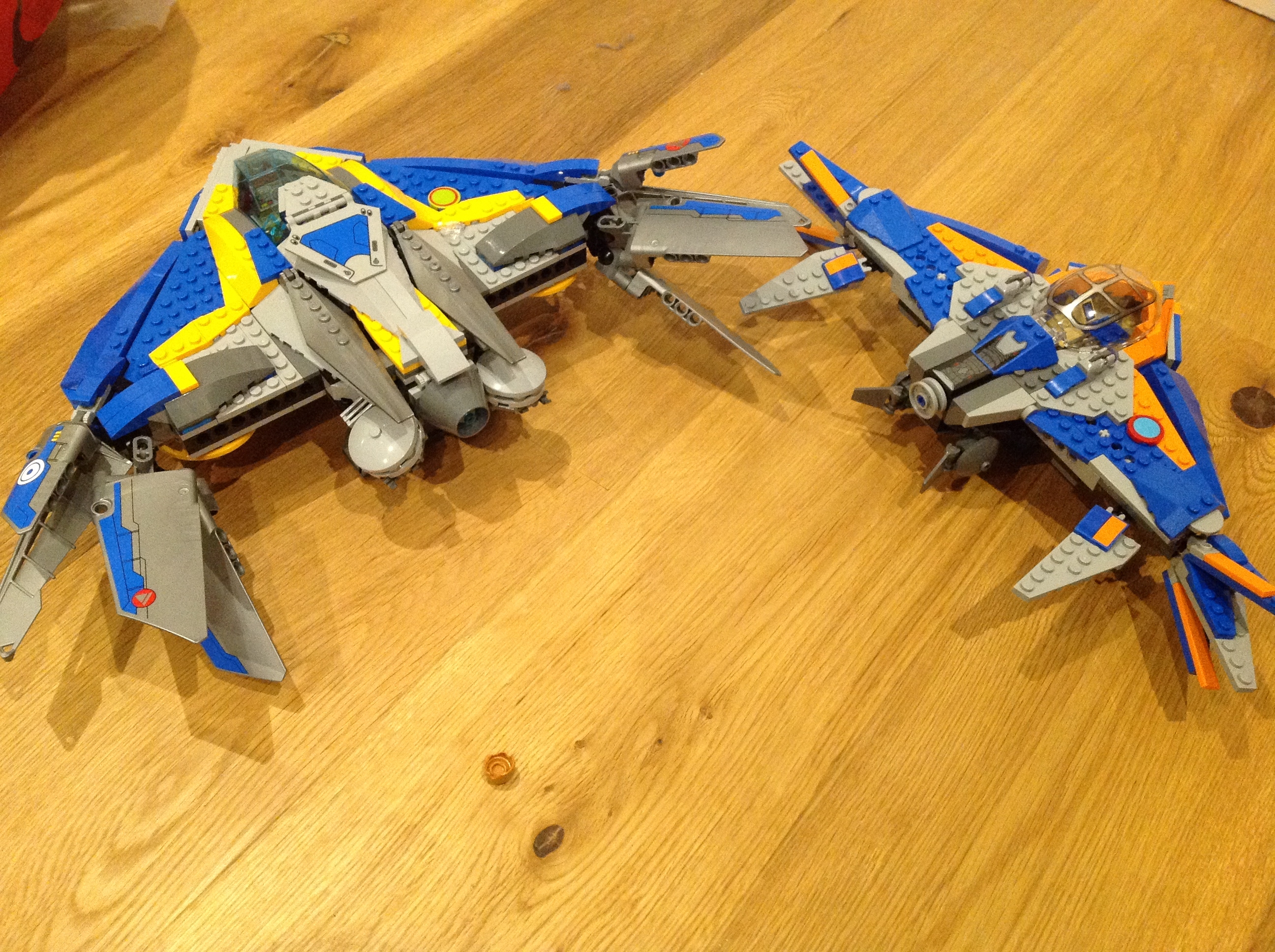 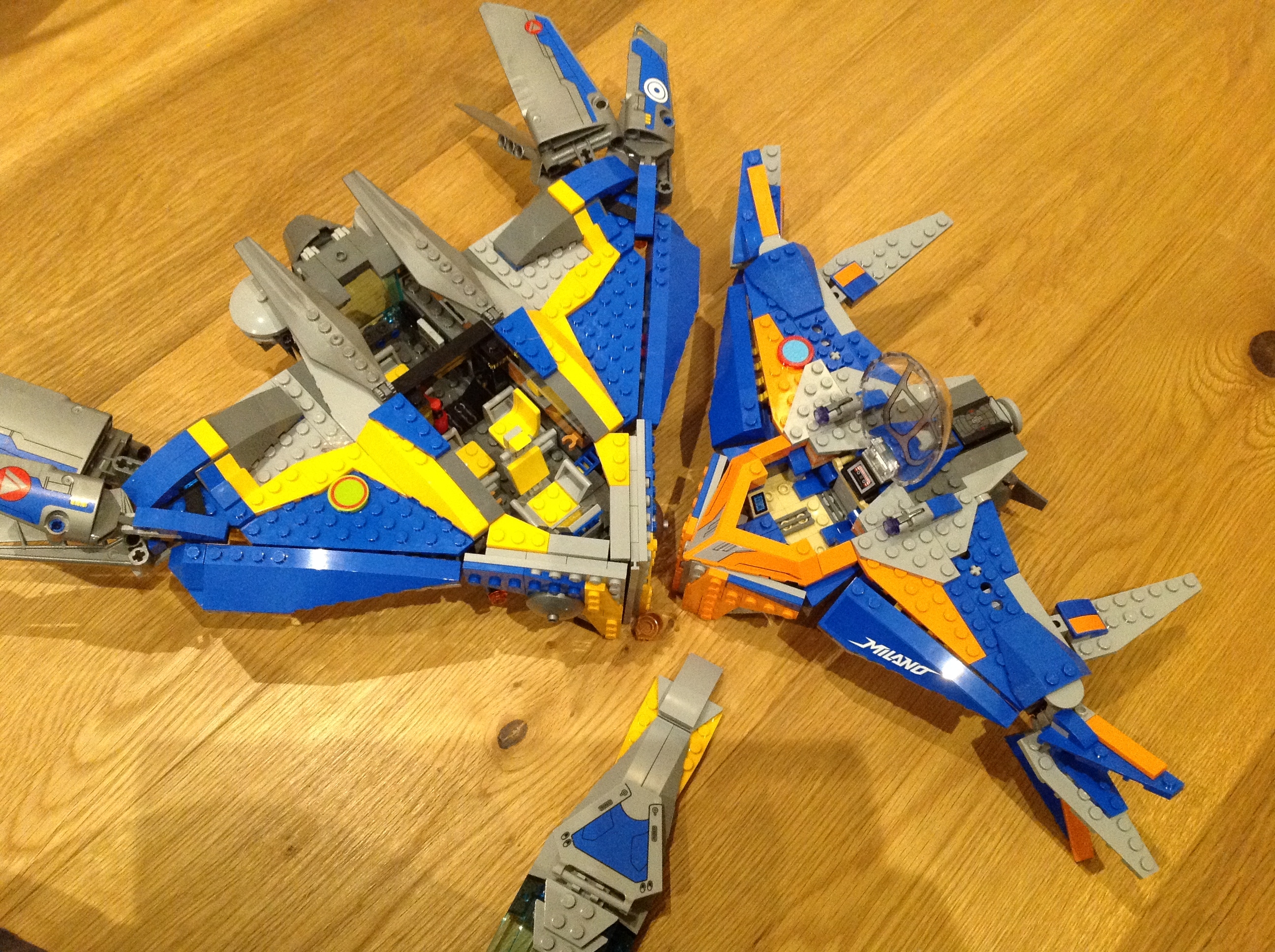 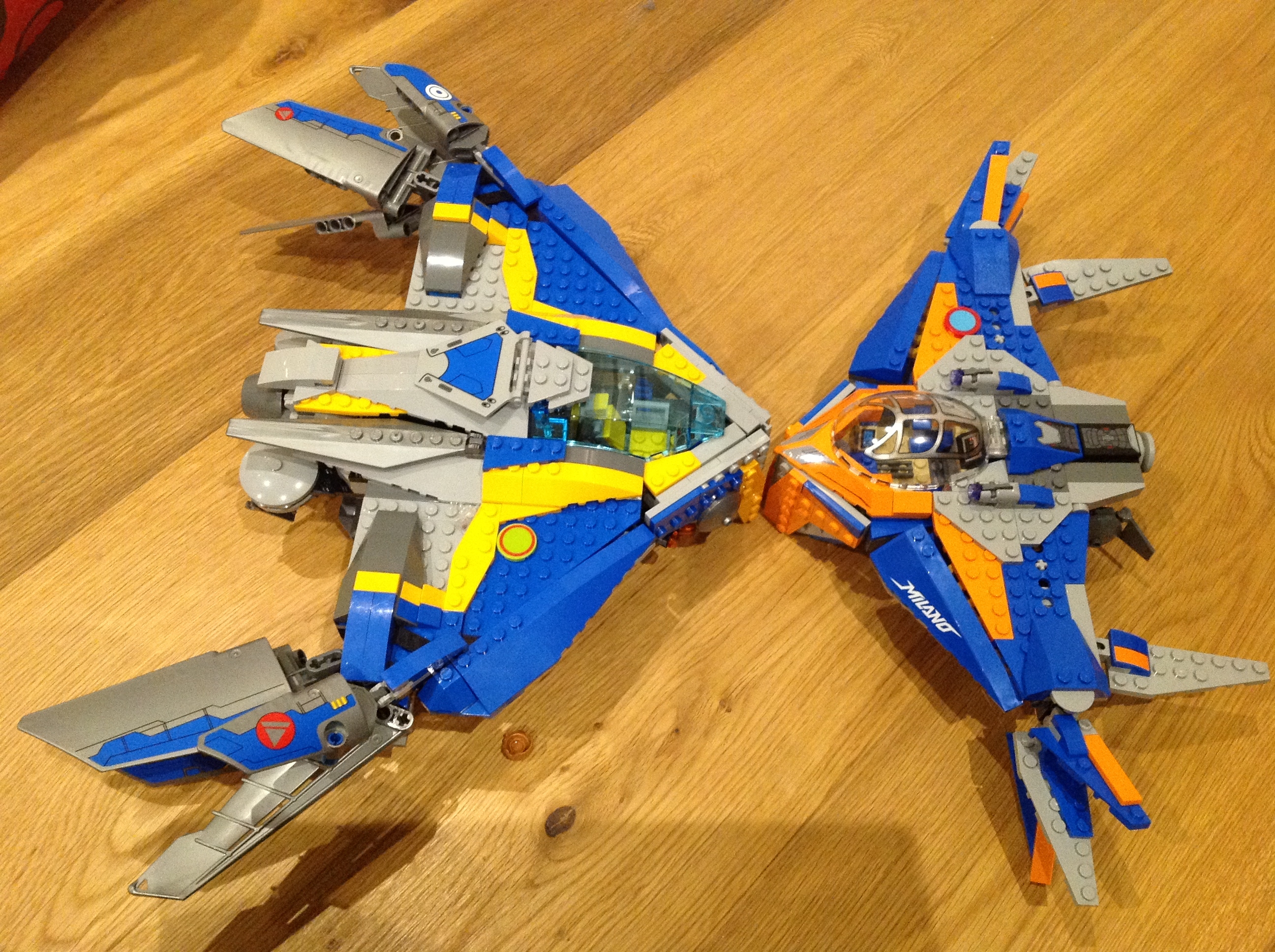 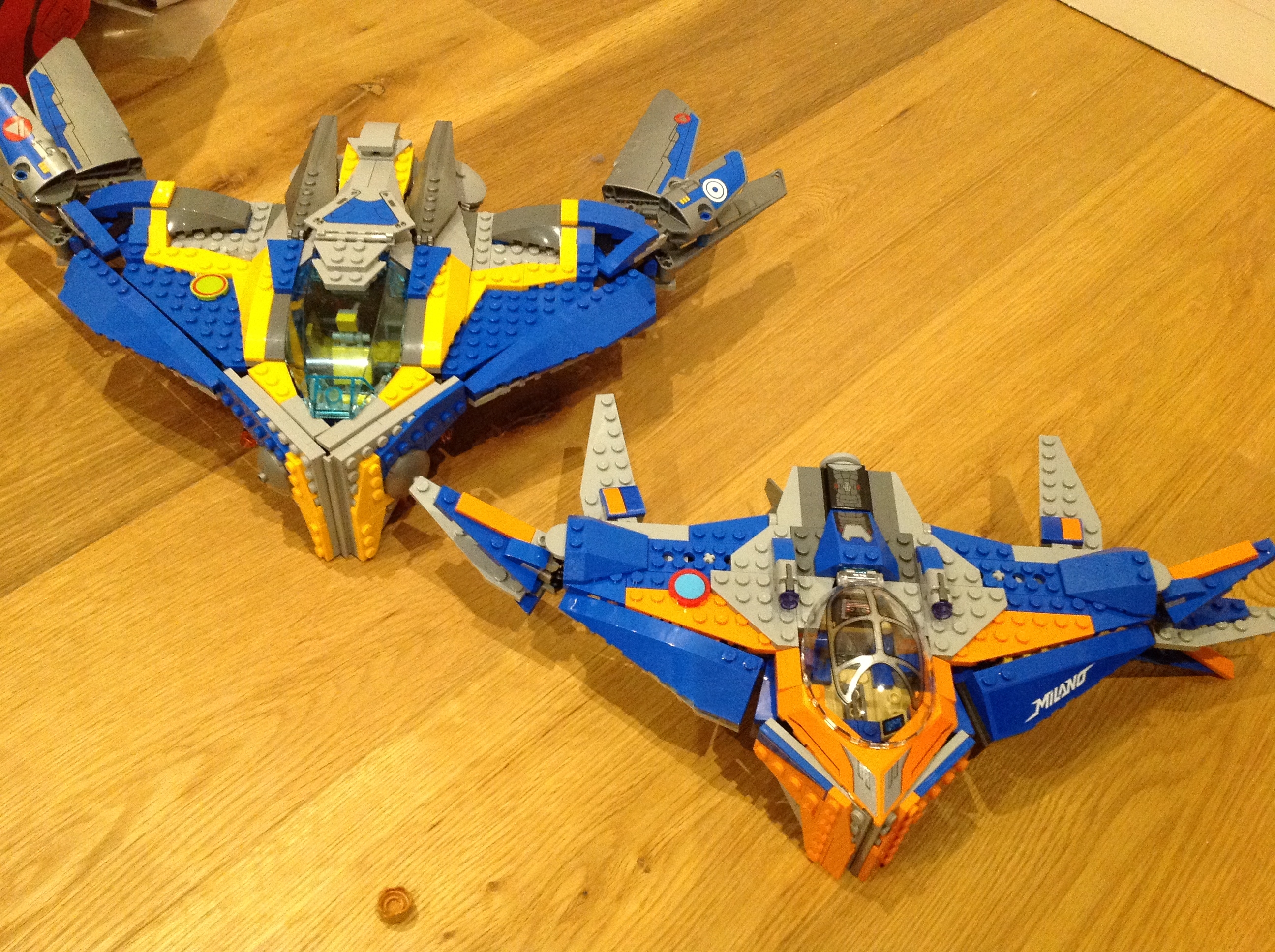 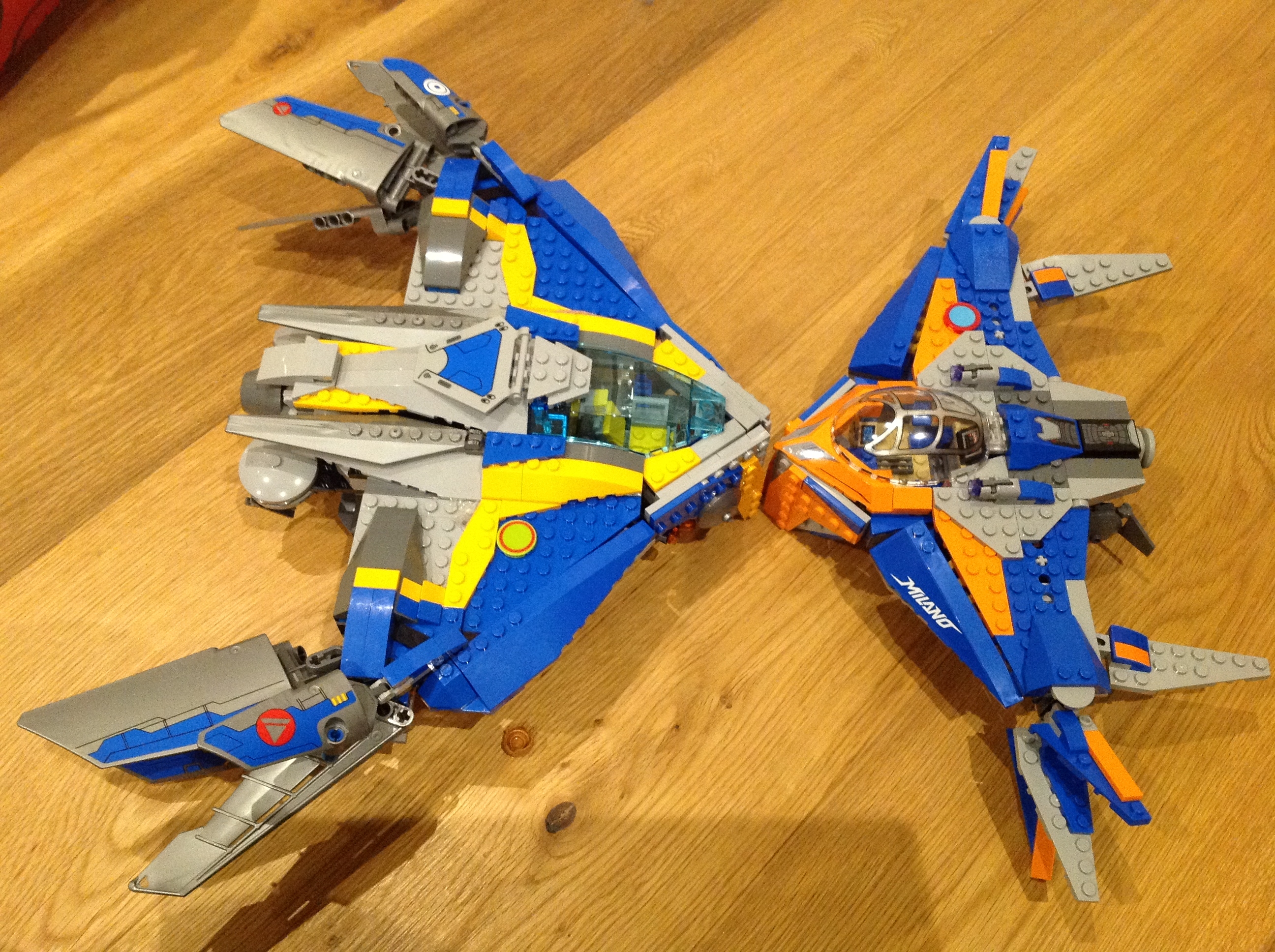 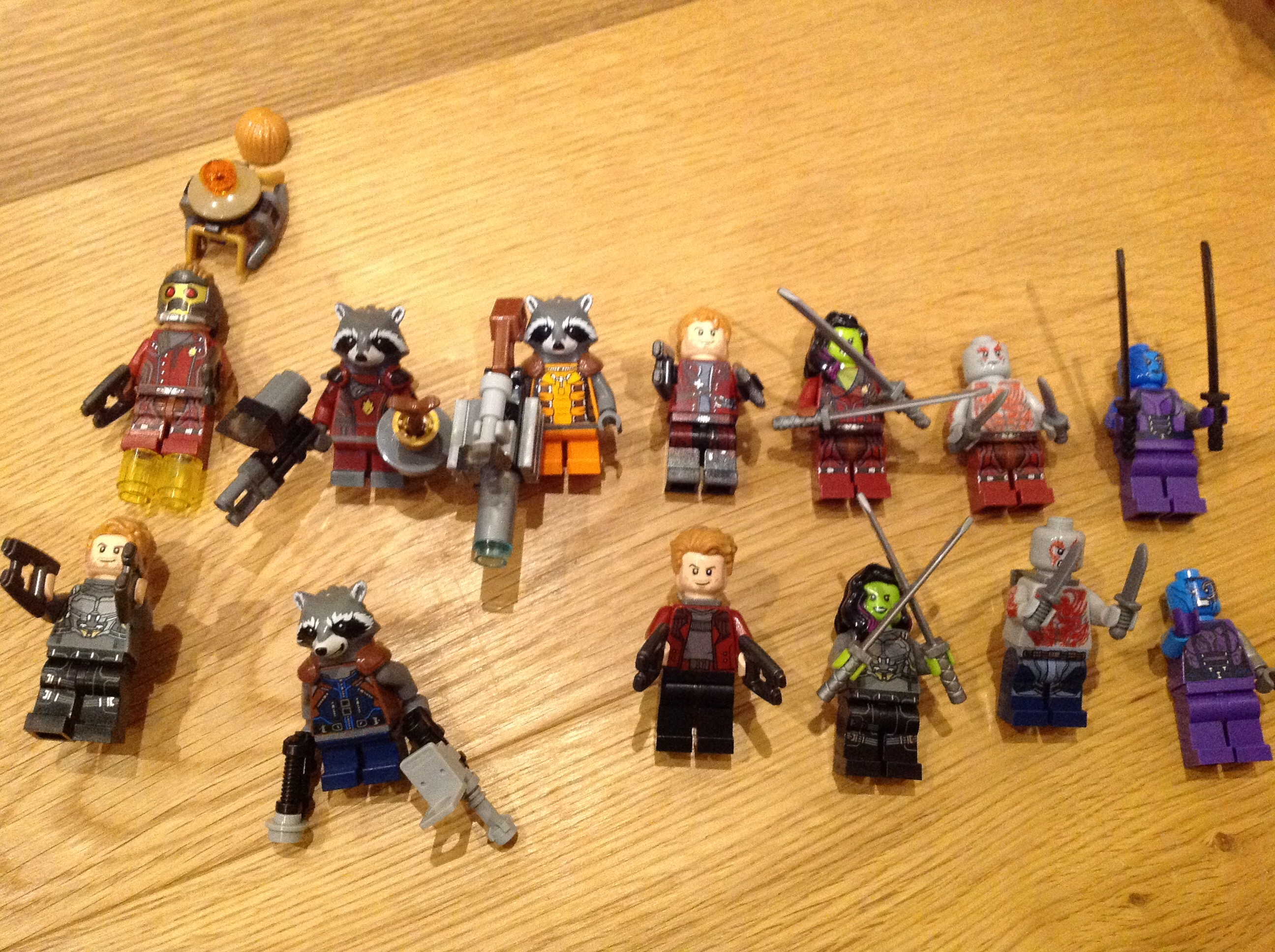