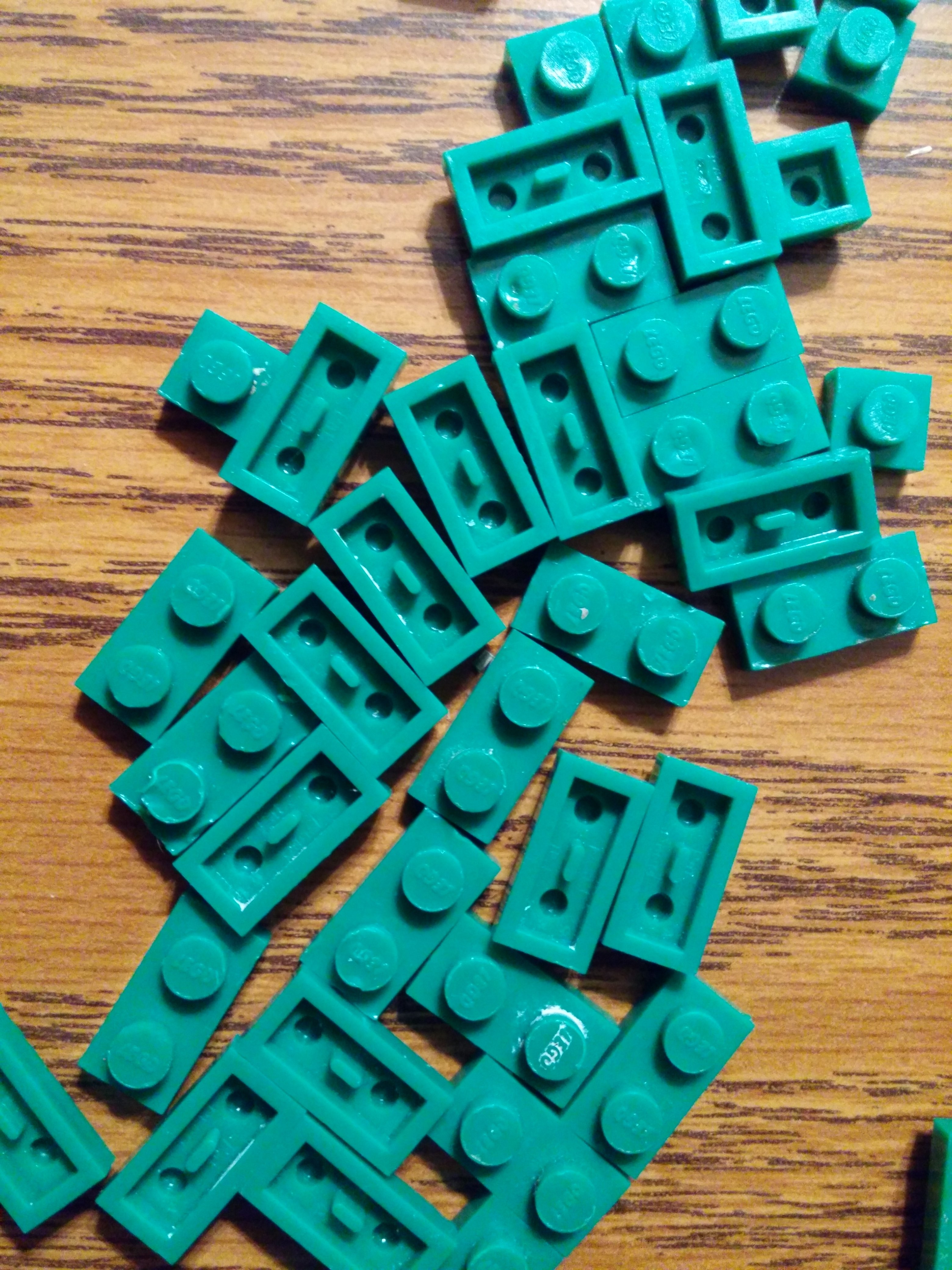 I won an auction for a 116 train set last week and inside with the parts were 20 or so green 1 x 1 and 1 x 2 plates that have the old Lego logo and Pat. Pend. on the bottom with the old style bottom slot. This part http://alpha.bricklink.com/pages/clone/catalogitem.page?P=3023old&idColor=11#T=C&C=11 isn't listed on BL as ever being produced in green and there are none for sale either. The parts came from Denver so I'm thinking they could have been produced by an employee for their own use or maybe their kids. Anyone else have these in this color? Maybe @Istokg has seen these?
20160507_065616_HDR.jpg 4.2M