Shib UKMember Posts: 5,343
March 2016 in Building and Techniques
Apologies for the delay folks, technology is not being my friend today!


First things first, the winner of February's contest is....

All the entries were fantastic, but to me rdflego really used the seed part in such a clever way that I think a casual observer wouldn't necessarily realise that it is a part intended to be used as a shield. I even thought the build looked like it could almost be an official polybag design!

There is a surprise twist to add to proceedings, I was so impressed with the quality of entries that I have decided everyone who entered will get a prize - with @rdflego getting two to remain the overall winner ;-)

@MattsWhat's enthusiasm definitely deserves rewards, but all of his entries did use the shield shapes available for interesting results.

@Bumblepants - your entry probably made me smile more than any of the others, It's certainly a use I never expected or would have come up with myself.

@catwrangler - Wow, I didn't expect a single entry to use as many shields as your dress, and the snowshoes may looks a simple idea, but it takes a lot of imagination to come up with.

don't worry @bandit778I've not forgotten you, I've saved you to last for a very good reason, somehow you pre-empted this month's task.

That's right folks, your mission for this month is to build something using only the parts from one set. It can be any set you like, and you may use the "spare parts" included, but nothing more. Your build does not need to be anything like a legal build or a possible set that LEGO themselves might produce, just get creative with that restricted part pool.

Please only enter new builds, there is no size limit, but I do ask that you include which set you used as a starting point and using a higher percentage of the parts from the set will count in your favour - so a clever alternate build of a Mixel that uses every part included will likely score better than using a UCS set as a starting point and only using 5% of the parts. Post a maximum of two images per entry below, as many entries as you want. Entries close at midnight in the UK on the last day of the month.

There will be a small prize for the winner, a lucky dip from the polybag/mixel pool I have, but really this is just intended as a bit of fun. The winner will be chosen on the last day of the month and announced on the first of the following along with the next contest.

If all those mentioned could please PM me their addresses I will get prizes out ASAP. 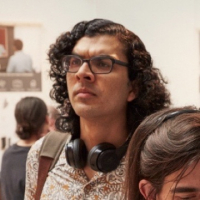