I just prepared a lengthy preview of both sets with some initial analysis.  That review includes photos of the real buildings as well so you can make your own judgement.  I've shared some of the highlights from the article below... Buckingham Palace model as displayed at Nuremberg (photo from promobricks.de)

As such, my best guess (without attempting to build sections of the model using my own bricks) is that the Buckingham Palace will be 800 bricks and a price of 79.99$

This is a really exciting model with proportions which look like they are very true to the real building.  The high level of detail is really appealing to me, although the over-reliance on part #4070 – 1×1 Brick w/ Headlight may make the build process very repetitive.

By my count, the base is 48 studs wide and 14 studs deep, with the bulk of the model about 6 bricks tall, and the tallest portion is around 17 bricks tall.  I think this will be the second largest set in the LEGO Architecture series, with around 1300 pieces and a price of 129.99$

For more detailed analysis, read the whole article I just posted at brickarchitect.com. 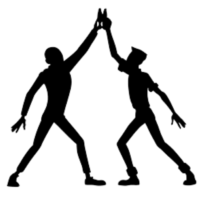