PFire13 Member Posts: 6
April 2015 in Collecting
Hey all, long time reader, first time poster (maybe a few times a while back).  I'm running into an issue and wondering what the community feels thinks.  I'll warn you, parts of this may go rant for a bit.

So I'm on the heels of losing another unicorn (10124 wright flyer) set to someone who just threw cash at it in significant qtys and rate.  My frustration is that basically the collector market for anything out of print of any value has become so voracious that getting anything at any reasonable rate (read dollars) is going out the window.  And yes, I get how free markets work and that demand sets price etc etc, but it still seems pretty crazy to be wanting $1000+ for a Mr. Gold yeah?  I still think we can all agree per oz, that's one insane rate (I think it beats out silver price per oz and i think maybe gold itself).

Back story, I started recollecting several years ago (5ish) and have done extremely well being able to collect most of the out of print things I never got the first time around.  As I've collected over the years, I've seen the market increase and increase and increase... I'm sure this is also true from people who have been at it for much longer than me.  I am starting to notice that basically my local market (read craigslist, and basically it's so ruthless that if you don't contact someone within about 20 mins of post, it's gone) and even the broader market is becoming so saturated with people and resellers, that deals or even access to sets are becoming extremely scarce.  I know I know, I'm not talking something for nothing here, I am talking, however, resellers hawking everywhere they can find to resell at inflated pricing eating up market supply along with a LOT of individual competition.  I buy up sets and build them to enjoy, I like the building AND the final product... that love gets dampered when I'm in a street fight to buy anything beyond what's on the shelves of my local Lego store.  I know this is rambly and probably leaves me open to a great deal of criticism, but anyone have any opinions?  I have been working on building up a parts backlog so I can build modulars and other sets, but I always keep basically having to run off and go buy Bricklink parts because I don't seem to ever have the right things... as I said in the beginning, a rant.  Anyone else run into this?  I'm really looking for the experienced long term folks because you have to understand a lot of this... i'd think.  Thanks!  PFire 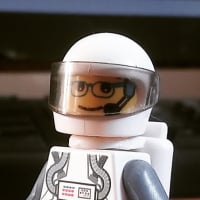