Istokg MichiganMember Posts: 2,322
November 2014 in Everything else LEGO
LEGO Letter to Parents.... this appears to have gone Viral on the Internet...

Several folks have asked me in the last 16 hours about this image going around on the internet, and whether it is legitimate or not. 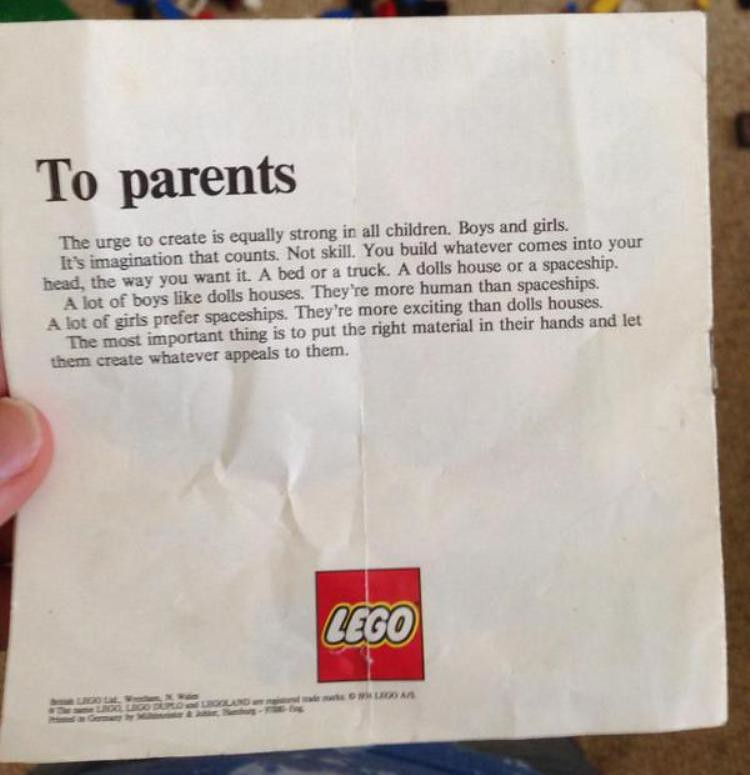 Well I have come to the conclusion that this is a real item. And here is why....

1) The term "dolls house" is uniquely British (don't know about Australia?)... we use "doll house" in the USA.

3) British LEGO Ltd. was based in Wrexham Wales.

4) LEGO brochures at that time were commonly produced in Germany, many of those for Britain, USA and Canada were.

7) You would never find this type of message (boys play with dolls house) in a LEGO catalog where boys might read this, but it could be found in a Parents Guide type message.

8) The Homemaker Sets were introduced in 1971, so this type of message would indirectly hint about these new sets.

9) You can tell that there is writing/imagery on the back of this page. It would be common to see thru this type of paper in LEGO catalogs and documents of that era. This is something that a forgery would probably not have.

So yes... this has all the makings of a real LEGO page distributed by British LEGO Ltd. of Wrexham Wales, and printed in Germany.