What happened to Technic in the US this year? 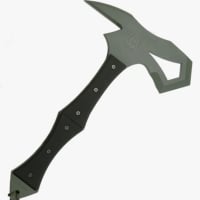 tomahawker Member Posts: 189
May 2014 in Buying & Selling Topics
I'm stunned that even though it's May we still don't have any of the 2014 Technic sets introduced in Europe in January. Not a whisper at [email protected] or any other US retailers.

Any idea what happened?

Are Technic sales in the US really that poor?

Does anyone know if these will be for sale in the US this year?