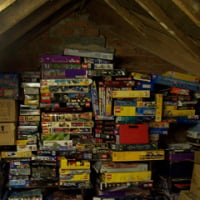 Bluefox1966 UKMember Posts: 360
September 2013 edited September 2013 in Building and Techniques
I thought I would put four of the parts on the left together just for an experiment, now I can't get them apart. Anyone else done something similar?
100_0807.JPG 1.2M
0