Star Wars universe set to get a lot bigger 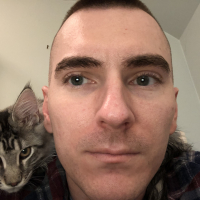 Bustin Member Posts: 286
February 2013 in Everything else LEGO

(CNN) - That galaxy far, far away is apparently bigger than first thought.

"We are in development of a few standalone films that are not part of the 'Star Wars' saga," he said. "There are now creative entities working on developing scripts for what would be those standalone films."

The two films, if they make it out of development, will be released after Episode VII, which Iger said is on target for summer 2015.

Lawrence Kasdan and Simon Kinberg each will write one of the new films and consult on the next three "Star Wars" sequels.

"Each standalone film will focus on a specific character," Lucasfilm said on its starwars.com site. Lucasfilm will disclose more details about the spinoff in the future, Iger said.

This should definitely expand the lego sets in to other directions.
0
«12»