A quick segment from the press release from the front page:

The LEGO Group and Universal Music Group (UMG) have today announced LEGO VIDIYO, a playful and innovative music video maker experience designed to celebrate and expand children’s creativity and passion for music. LEGO VIDIYO is a brand-new way to play that helps children dream big by directing, producing, starring in, and sharing their own music videos, using tracks from across the globe, led by chart hits from UMG’s unrivalled artists.

LEGO VIDIYO is aimed at children aged 7-10, providing a safe universe where they can traverse the worlds of physical and digital play. The platform lets children experiment with play and music, a powerful combination that’s fundamental to their development, extending their ability to connect with other people emotionally and creatively. 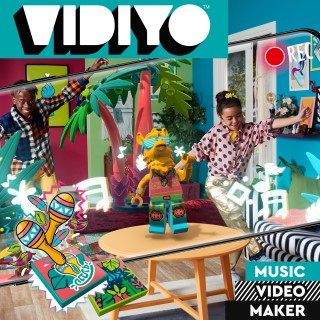 I’m really excited for this theme. Sure, I’m not the target audience but the unusual minifigs, heaving plethora of tiles and perhaps slightly better intended app synergy are in its favour for me, even if it doesn’t last forever. It’s going to be interesting to find out the answers but there are already many questions -

What do you think? (Press release comments not withstanding)