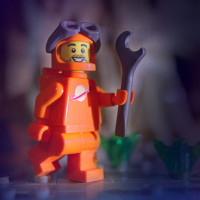 "To celebrate the 90th Anniversary of The LEGO Group, help us choose a classic theme to be reimagined as a single new product for the 2022 LEGO Adult Portfolio. We have created a list of our 30 favorite classic LEGO themes for you to choose from."

Here are some ideas to kick off discussions...