EvilTwin UKMember Posts: 129
November 2020 in Everything else LEGO
Recently there have been a couple of the Lego long service award gold bricks up for auction on Catawiki. They are out of my price range but I do have a small collection of silver bricks and I wondered if anyone else has anything similar.

These are not official Lego (shock!) but have been cast from a standard Lego 2x4 brick by a craftsman so they have the same dimensions as the brick (more or less) and can be used in Lego models.

First picture shows the silver bricks compared to standard 2x4s- they have tubes underneath but not full size, I guess to keep them to a fixed weight or to make casting easier. They also have slightly rounded corners- I guess the maker filed down the original brick to make casting easier.
Silver inevitably tarnishes over time and even though they are only a couple of years old these bricks have started to tone a little bit, even though I keep them in cloth pouches, in a box, in a drawer. 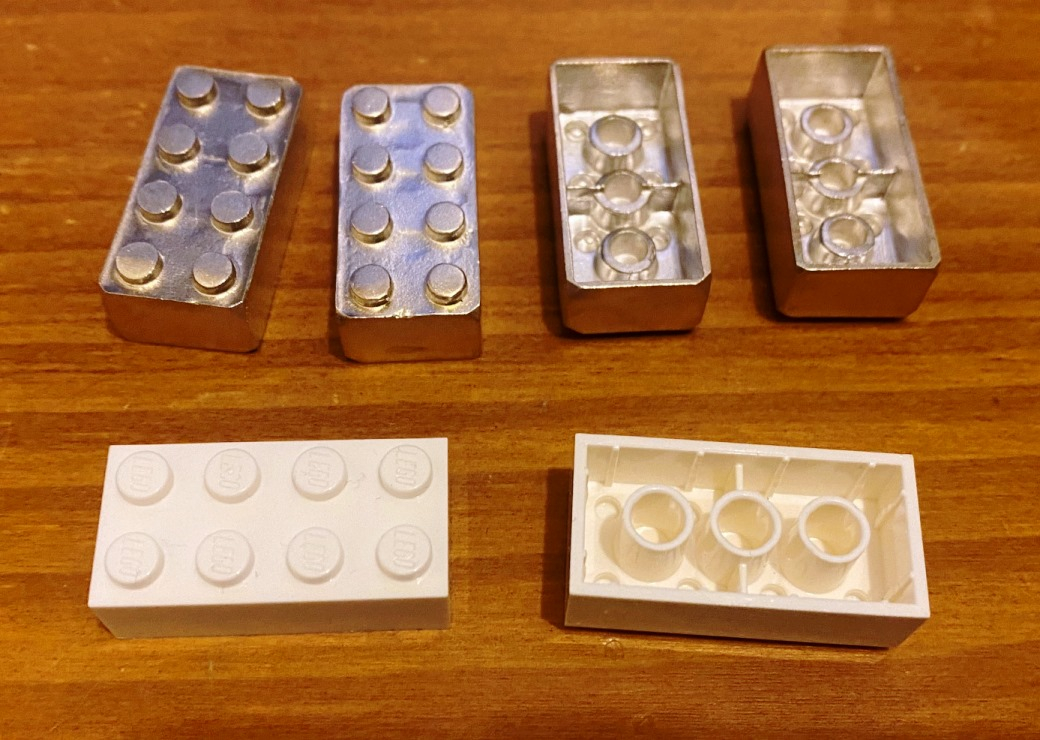 The bricks stack with themselves quite nicely. Of course they don't have any clutch power but that didn't stop the  construction guy from #60219 being interested in them... 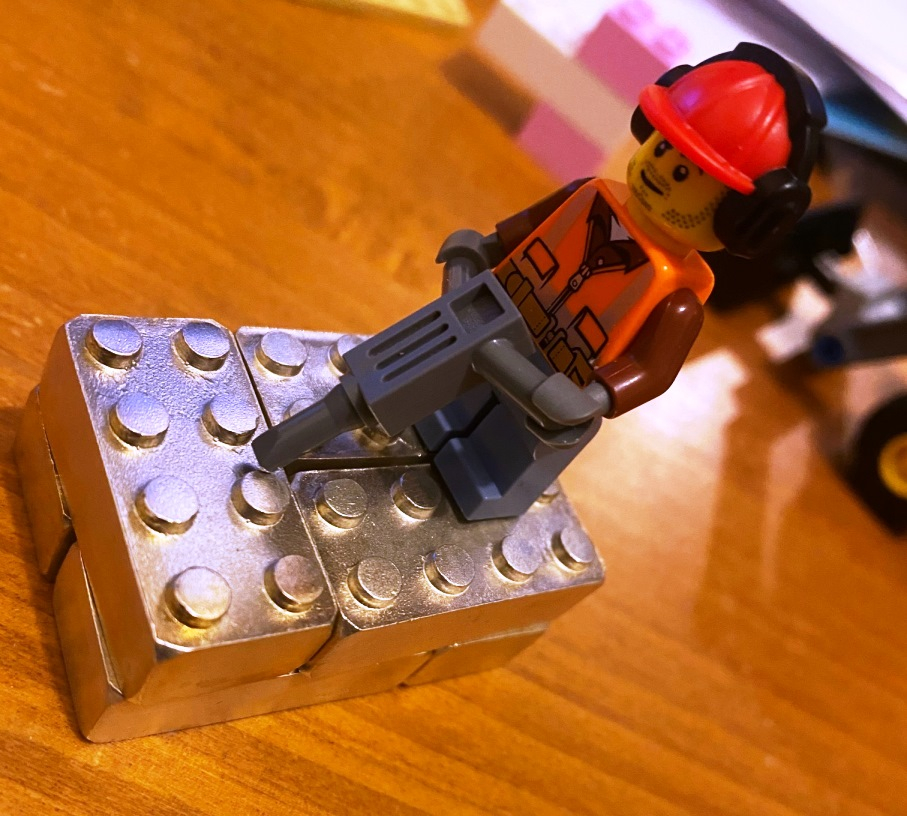 Being solid silver, they are quite a lot heavier than standard bricks, so some machinery might be needed to move them. 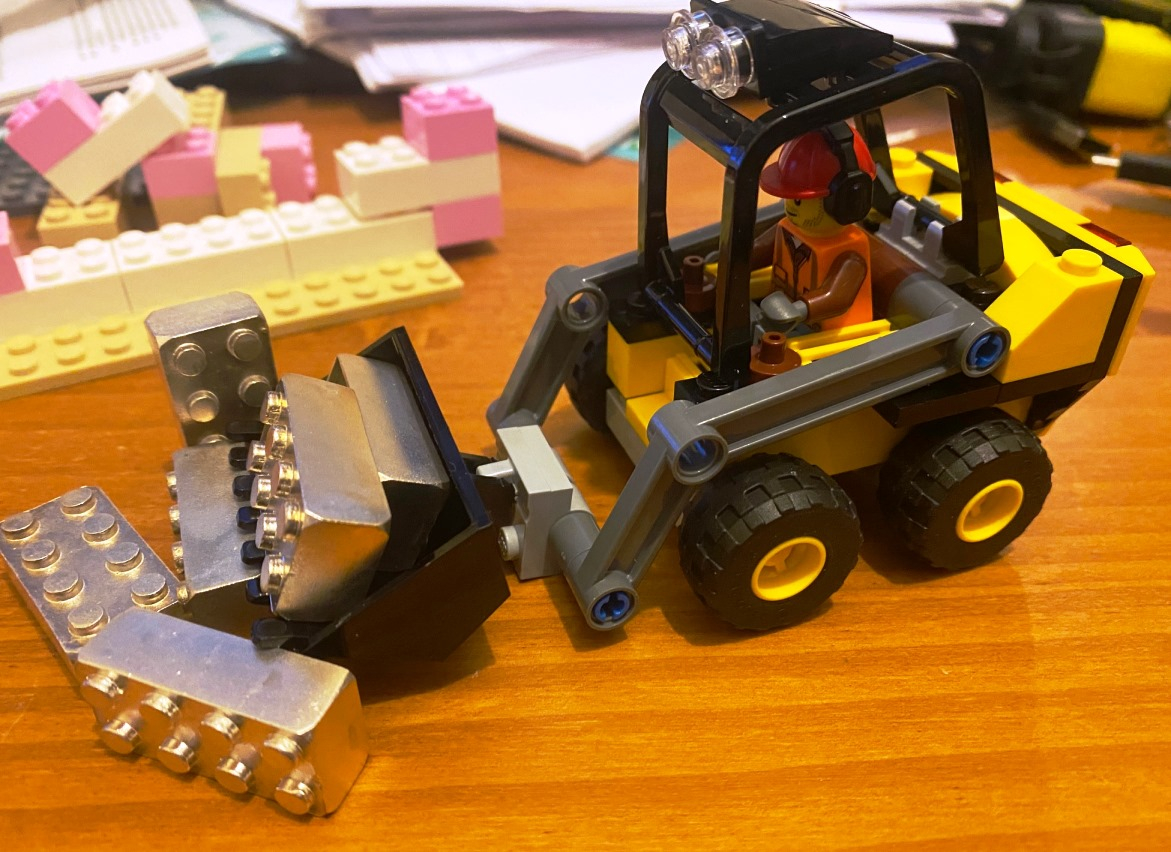 They can be used together with standard bricks in walls and so on. You can also see here that the bricks are hallmarked. 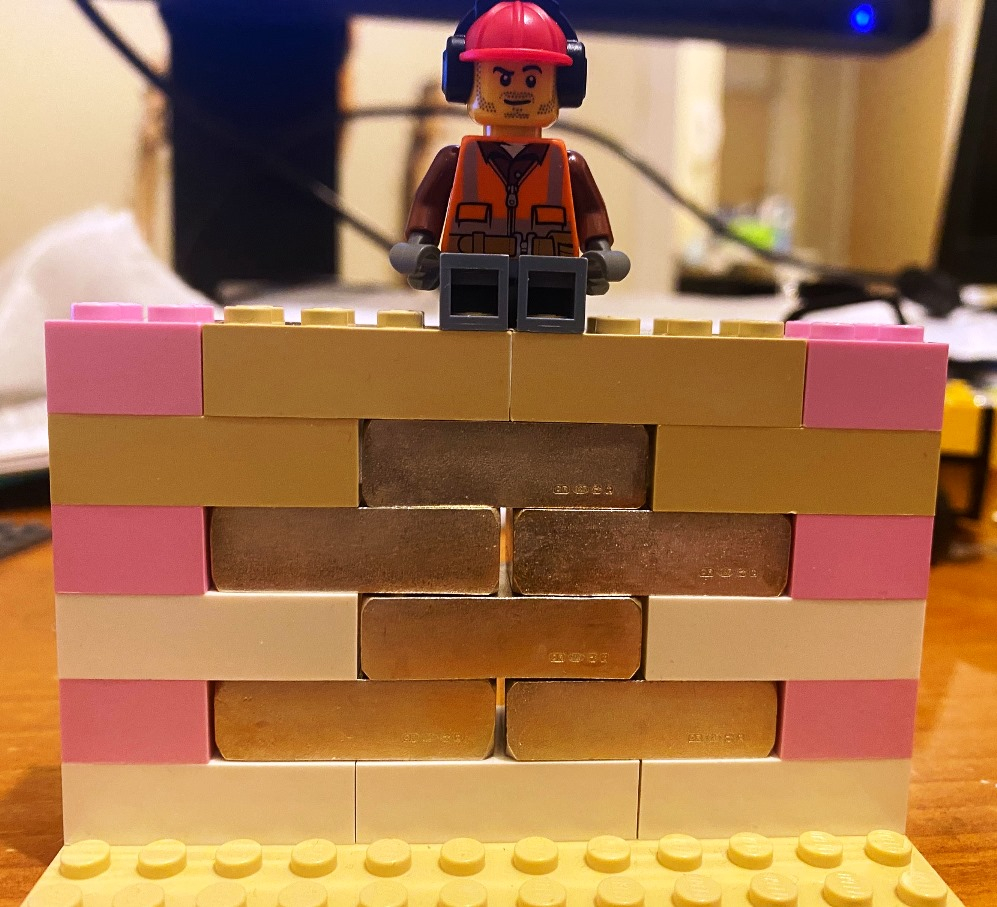 I also have another set of silver bricks made by a commercial mint, but they are not quite the same dimensions as Lego bricks and aren't quite as compatible as these handmade bricks are.
I also know of someone who has a solid gold brick which was made for him by a goldsmith, again from a standard 2x4 brick.
I'm wondering if anyone else either has or knows of anything similar?