Switchfoot55 The Northwest, USAMember Posts: 2,865
July 2020 edited August 2021 in Collecting
Well, I had originally planned on starting this thread in August to land a little bit closer to what will likely be the official reveal date in September, but in the end, I just couldn't help myself. Speculation has traditionally started in July. And, seeing as the Holiday Season is built on traditions, it only seemed right!

Here is a breakdown of the previous sets and the leak/reveal dates (originally compiled by user Toymaker). I've added last years information too:

The last couple of years have been very light on LEGO leaks. The Fire Station had a few teaser images that came out before the official announcement, but LEGO held the secret pretty closely. Last years Gingerbread House was also not officially leaked, though there were pictures of the Gingerbread figures out for a few months prior, leading many to speculate that the set would eventually be revealed as a Gingerbread House.


So, here we are. The 2020 Holiday Season "just" around the corner. Time for some speculation! Who knows what it will be? If you correctly guess it before the official announcement, you'll earn an extra "Like" for your post. Talk about exclusive bragging rights!?


I'll kick things off with a guess or two. As we haven't seen a remake in awhile, I think we're likely to see a Cottage remake. Not only do I think this is likely just because of the cyclical nature of some LEGO sets, but with the vast majority of the world being confined to their homes, I think it could be a fun opportunity for LEGO to celebrate the Home and Family.

My less realistic guess is a Winter Village Used Car Lot. I dont' know about you, but my village could sure use a bunch more over-scaled vehicles driving around! 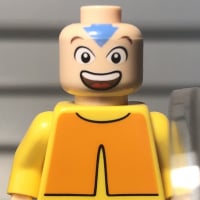