Any set(s) you regret buying. 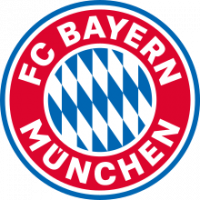 Charmiefcb SydneyMember Posts: 432
June 2020 in Everything else LEGO
I was looking at my Ideas Treehouse and thinking why did I buy you? For some reason it's a set I have never really liked, have no idea why I even bought it and if I had my time over I would pass on it. I didn't even have a good time building it it was so fiddly at times.
This was the first set I bought and built where I wished I didn't.
I'm sure I'm not the only one with regrets over certain sets.
0