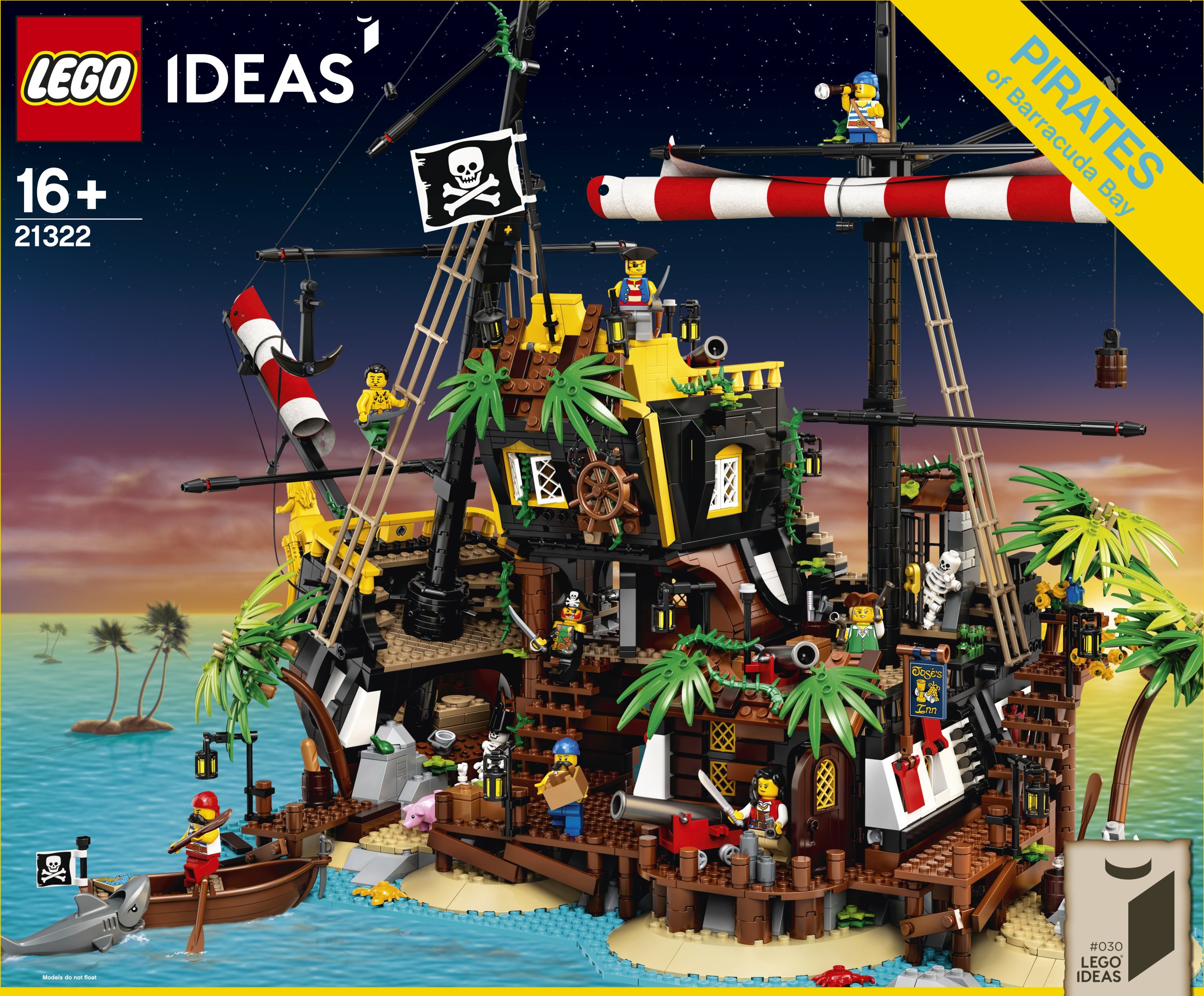 Finally, some good news this week. LEGO has just unveiled the next Ideas set: 21322 Pirates of Barracuda Bay which, given that brand stores remain closed for the foreseeable future, will be available exclusively from LEGO.com on April 1st.

It's based on the Ideas project Pirate Bay by Bricky_Brick that passed review in September last year. Here's the press release and product information:

Rekindle nostalgic memories of childhood LEGO construction projects with this LEGO Ideas set: 21322 shipwreck island model for display and play. Enjoy some calm, quality time alone building – or share the fun with others.

Discover the captain’s cabin, food store, kitchen, bedrooms, supply dock, farm, toilet, jail cell, tavern and hidden treasure, plus lots of fun accessories, 8 pirate minifigures, assorted animal figures and 2 skeleton figures to inspire action-packed stories. This set includes an island that can be split in half and rearranged. The shipwreck can also be dismantled and reassembled to make a ship inspired by 6285 Black Seas Barracuda LEGO model from 1989.