Another week, another Bonusball Draw and this time, I've got something quite unique for the winner. Small, but unique.

I attended the #70840 Welcome to Apocalypseburg! signing in London today and managed to blag a little something from Justin and Paul for the draw. Knowing that a lot of people can't attend these events I've got a 2x4 tile signed by both of them to give away.

Why a 2x4 tile? Well it just so happens that a sand green tile fits neatly near the top on the official model (see pic) – so you can have a signed model instead of a signed box – and it costs me a lot less to post than a the box – we're all winners here :-) 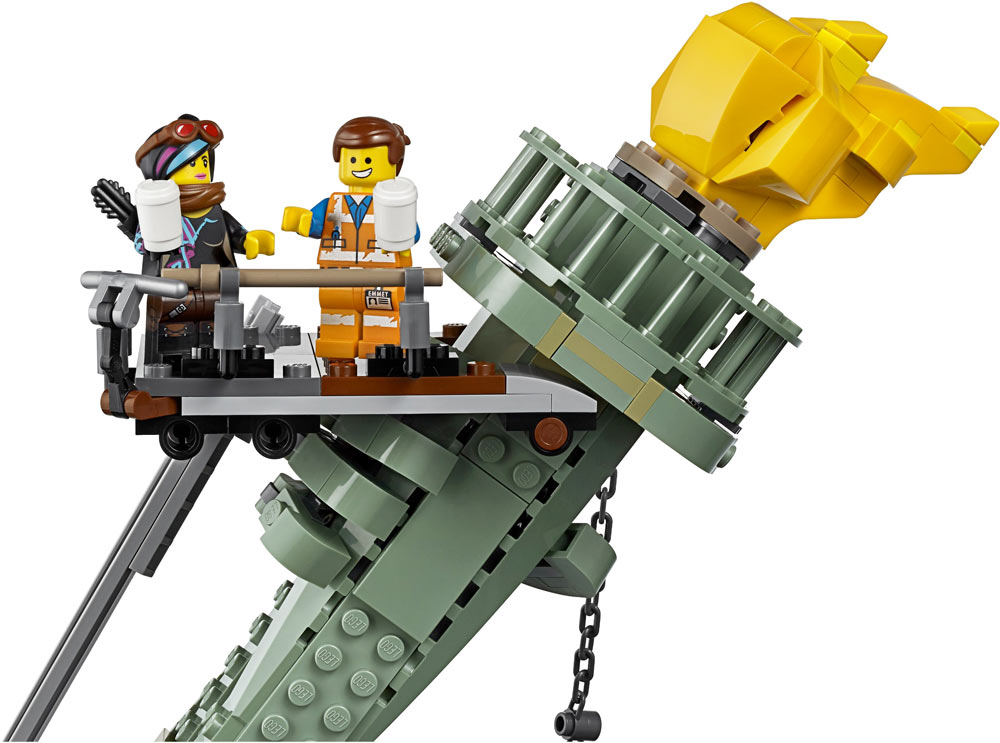 Just two things, which I obviously can't enforce in any way, so I'll let God and your conscience deal with them.

1 – If you're not really bothered about getting the set, then please do not enter and leave this opportunity open for just those that are.

2 – Might be stating the obvious, but don't eBay the tile if you win it. I had a conversation with shop staff about such items not appearing on the secondary market!

As a bonus, I'll throw in an I Love LEGO Store London 2x4 tile if you haven't been to Leicester Square and got one already.

Here's what you're playing for:- (Edit: At the last minute I decided to obliterate half of each signature before posting due to size. It obviously looks much better than this for real!)

If any new people have recently joined and wonder what this is, it's simple. Answer a question, and get a number based on your post in order between 1 and 59 for the UK national lottery bonus ball.  If your number gets drawn on Saturday night you win the prize.  If you don't make the first 59 replies, well there's always next week to be a little quicker.

With the imminent release of TLM2, this weeks question is about Cinema. The question is:-

What is the first film you remember going to the cinema to see?

Mine was Island at the Top of the World (1974) so I was aged only 4 or 5 then. I remember being bored and wanting to leave. I didn't really follow the film but my mum had taken me because it had some animated shorts before it which I enjoyed. I don't remember much from that age but this sticks out as the cinema in our town closed a few years later and it's the only film I remember going there to see.

No double posts or comments until number 59 has been taken please - it's easier for my old tired brain to count.