Toymaker Member Posts: 19
July 2018 edited September 2018 in Collecting
Well, it's early July which means that speculation over this year's Winter Village set is well overdue. All we know so far is the set number (10263) and a Hungarian toy shop has it listed at 32,980 Forint (approximately £90).

Recent sets have been unveiled increasingly late in the season:

So what's it going to be this year ? It's always fun to guess how new pieces (particularly minifigure torsos) in any given year may appear in the subsequent WV set and 60202 Outdoor Adventures includes several new torsos that would work well in a Winter Sports type of set. So, based on no inside knowledge whatsoever, I'm going to call it for a Winter Ski Resort, complete with cable car (see 41324 Snow Resort Ski Lift) and a lovely Alpine apres ski venue...and if all that can come in under £90, so much the better!

Any other ideas out there ? 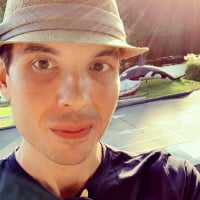