Speed build with a twist

Paperballpark Near ManchesterMember Posts: 4,228
April 2018 in Building and Techniques
The longest-running (and only UK-wide) UK LUG is Brickish, which is holding its annual members' weekend and AGM this weekend.

There are a number of silly games and fun challenges which take place during the weekend, and one of the activities is a speed build.
There was, however, a twist to the speed build this year, which participants weren't told about beforehand.
The set used was #60119 Ferry.
This set has three instruction books - one (glued) for the car and two (stapled) for the ferry.
The twist was that beforehand, each box had been opened, and the stapled books had been taken apart and reassembled in a different order - including swapping pages between books. The boxes were then resealed.
Here's a video of the first five minutes. You may be able to spot our very own @Huw at one point, looking rather bemused! 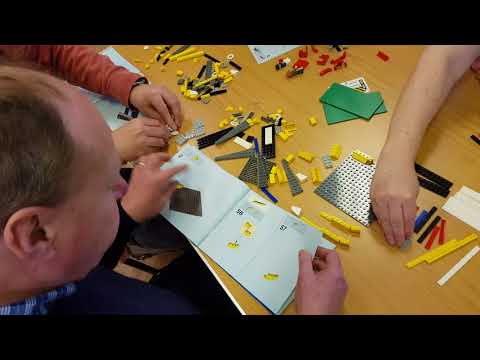