For my first go at hosting a Monthly Build comp, I've gone with one of my favourite things - Music!

I'd like to see anything music related.  You could go for...

- A model of a musical instrument
- A scene / vignette of a musical theme: a band playing, a conductor with an orchestra, somebody putting their feet up listening to an album, a DJ spinning the wheels of steel...
- Pick a lyric from a favourite song and build something that illustrates the words.  If you do this, please quote the song and the lyrics so we can all appreciate it properly!
- Anything else that your muse suggests, as long as you can make a convincing argument that it falls under the heading of 'Music'.

The prize will be one MISB #40225 Olympic Mascot set from Rio last year (I say mint, it had to survive 14 hours in my suitcase, so pretty-good-sealed-in-box is more like it), and I'm sure I can find something in The Box Of Polybags.

- We'd like a new MOC rather than recycling anything previously built
- Fit within the theme of Music. The above suggestions are just a guide, feel free to do your own thing
- If building a scene, please restrict it to no larger than a 32x32 baseplate
- Please post no more than three photos in the thread - if you'd like to post more, please link to an external account such as Flickr
- If it's not immediately obvious what you've built, or if you're illustrating a particular song, please give a description
- The winner will probably be the post with most likes, but I reserve the right to pick something else if I really, really like it
- Only pictures that are posted before midnight (GMT) on Oct 31st will be eligble 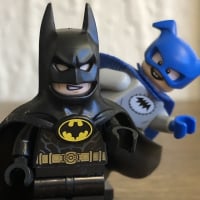 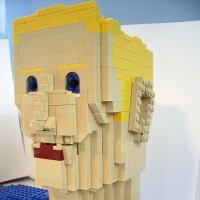