Hi fellow AFOL's! I apologize beforehand for the length of this post, I want to give as much context as possible for the readers sake. I am a lifelong fan of Lego and recently (in the past few years) have gotten back into collecting and building MOC's. That being said, I find myself in need of a little extra cash to complete payment of my college tuition. Thus, my Lego collection has got to go! I came to this site because I found good information on selling Lego in bulk and would like to try selling my collection to local(ish) fans of Lego first. With a heavy heart I have accepted that I need to take a step back from my aspiring Lego building dreams so that I can finish paying my college bills.

I consider myself a textbook AFOL luker (this is really my first interaction with the Lego community) I appreciate the art of building and creating with Legos, and would ideally like my collection to go to someone that would get good use out of it. At the same time I would like to try to avoid the EBay approach and sell to someone within reasonable driving distance. I understand that there are financial drawbacks to selling in bulk, and I am not looking for top dollar, just a fair price.

Ok now to the fun stuff! My collection is essentially split into two halves; Legos sets from when I was a kid (late 90s-early 00's) and more recent sets (2013ish to current sets). 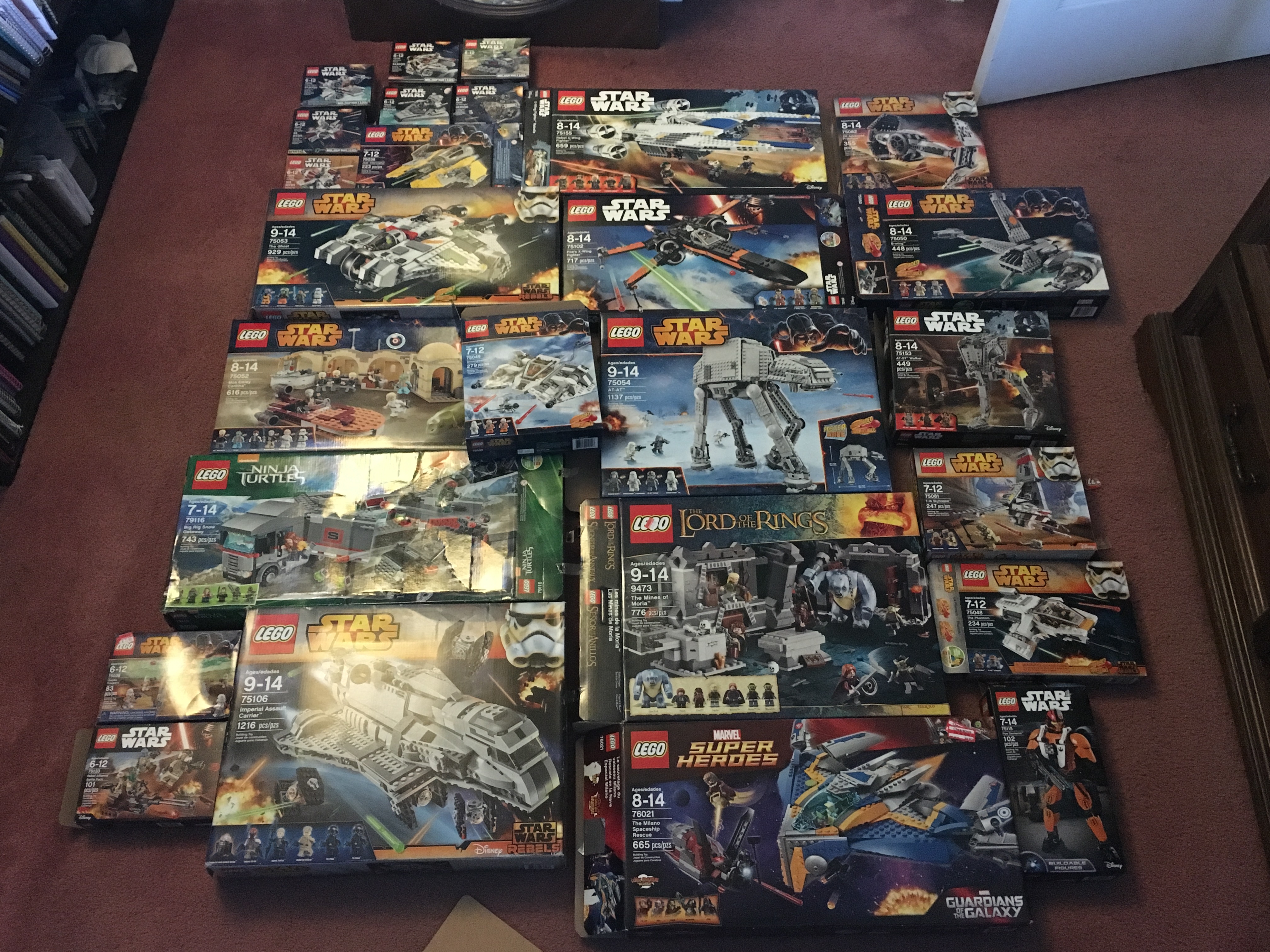 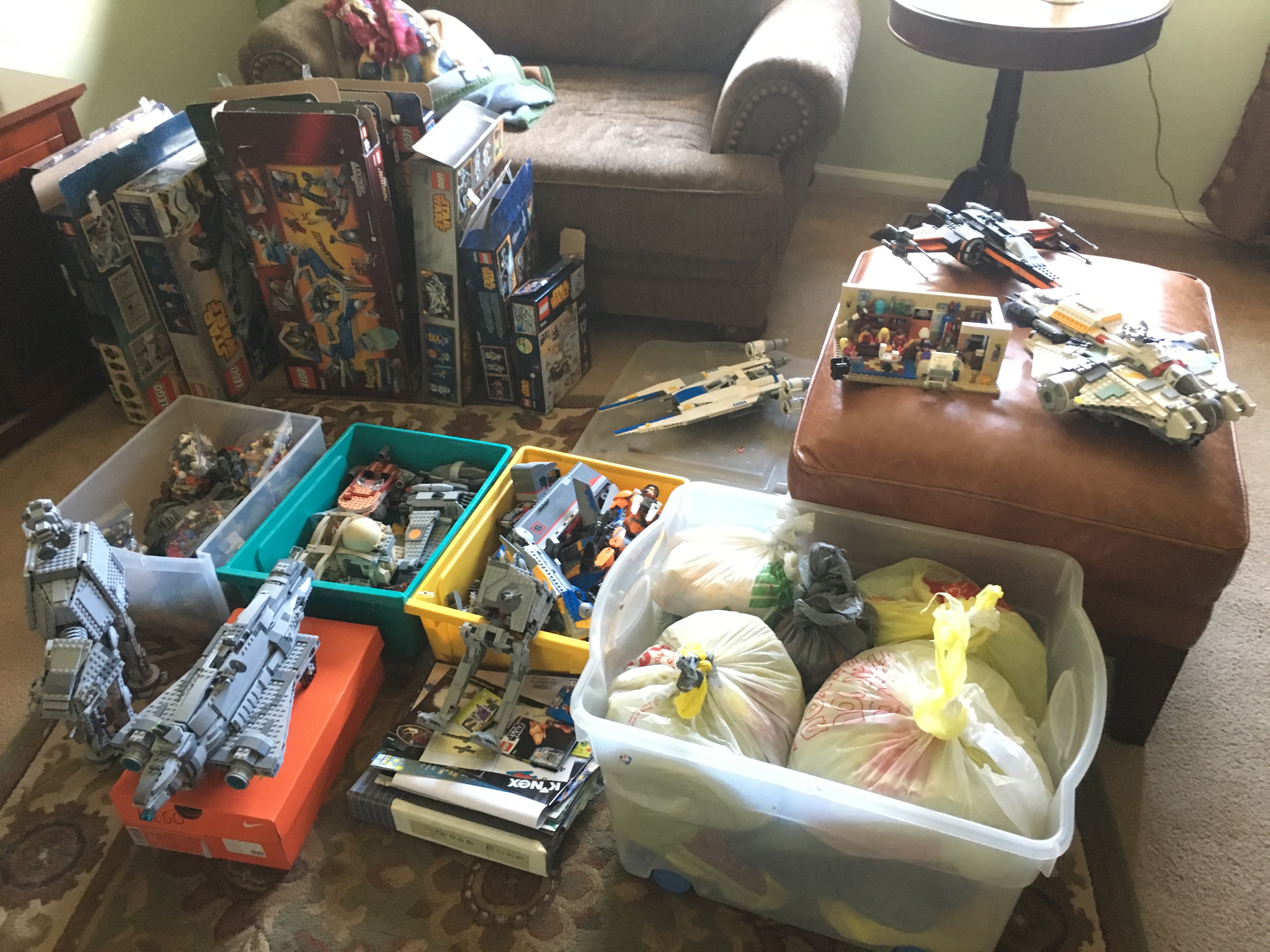 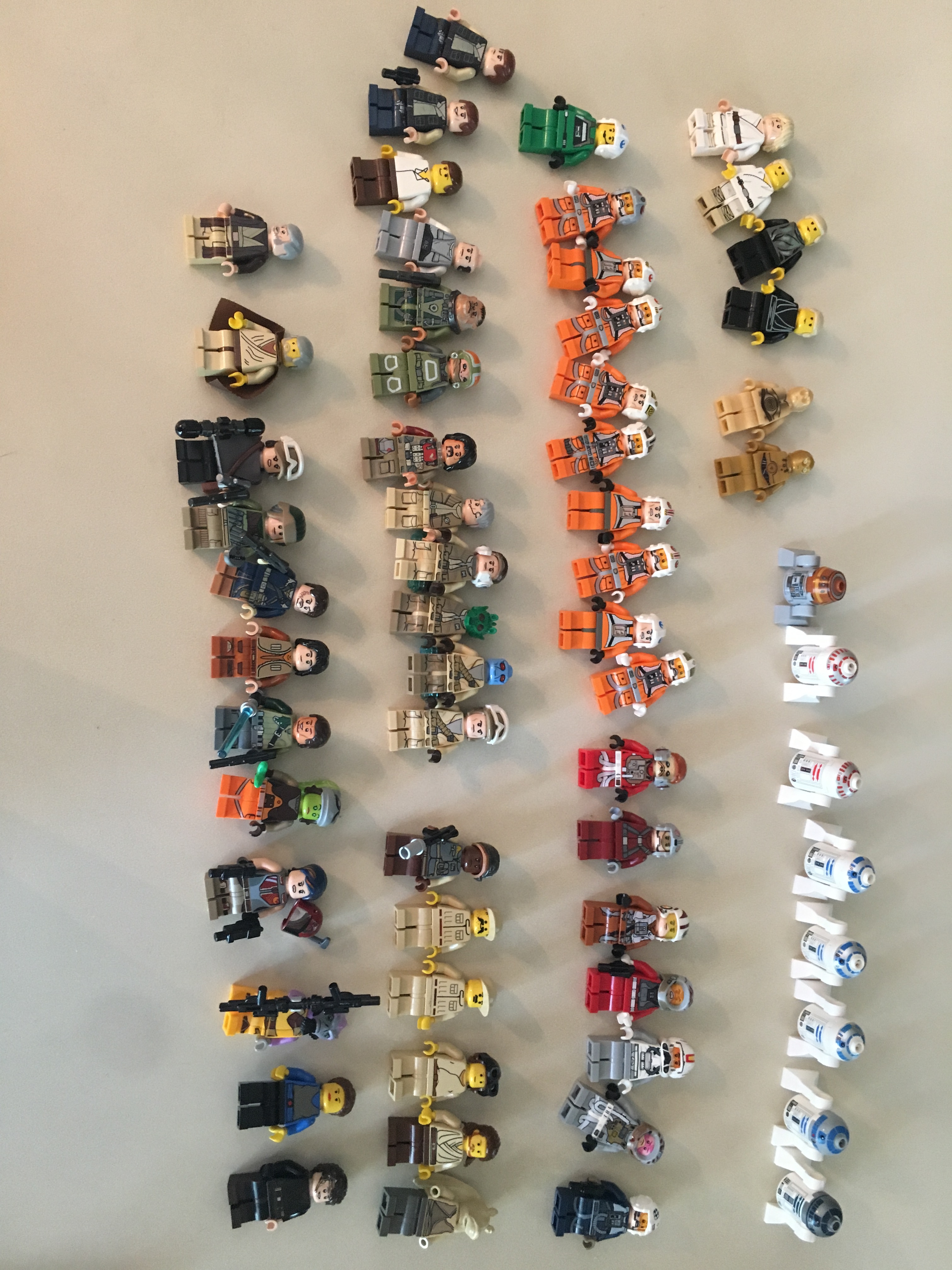 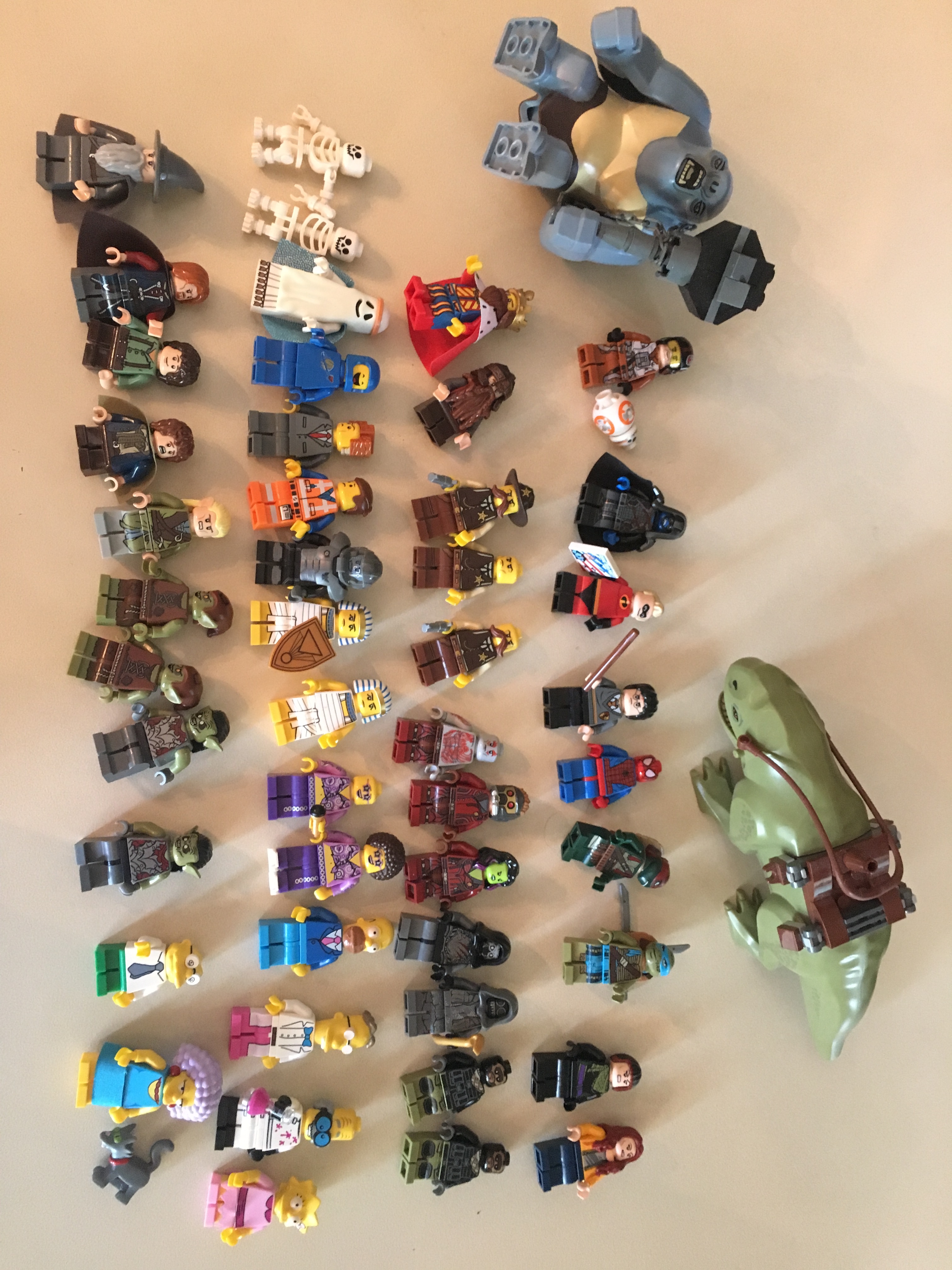 All of the New Sets  are %100 complete with all minifigs, instructions and boxes. (9490 is the exception) All sets are open box.

Also, I have a few minfigs from random series, including the Simpsons and White Boba Fett. (Can be seen in the pictures)

Ok now for a brief description of the Older Sets. 7181 UCS Tie Interceptor is the only set I can confirm has all of its pieces and instructions (no box). I know this because it is the crown jewel of my collection and I recently rebuilt it. That being said The rest of the Older Sets that will be listed have instructions (in varying conditions) but may not be complete. The pieces are well cared for and have been re-sorted into color designated bags (in attempt to organize my collection to make building easier.) You will find that, inevitably, some pieces might have disappeared over the years but the Older Sets essentially are a huge lot of parts (most) I would like to think are nearly complete, just way too much work to go and rebuild. I wanted to list the sets (that I have instructions for) so that the buyer might have a better idea of what they are getting.

I would also throw in a nice stack of Lego Mania Magazine, the plastic storage containers seen in the pictures and any other Lego memorabilia have collected.

I figured the more pictures the better and soon realized I can only have so many in a single post. Feel free to message me if you want more pictures and information, I am more than willing to provide that. I took pictures of the individual colored bags as well to show the diversity of the pieces, just wasn't able to post. Same goes for the UCS Tie Interceptor and the specs plate for it. The total weight of all the Old Sets is approximately 26.4 pounds. Other Highlights include over 200 minifigs, and some rare colors (a lot of the old dark grey).

If anyone takes the time to read this post that may be uninterested in my meager collection but has some useful insight on selling Lego in bulk, any helpful tips would be greatly appreciated! Apologies if this post turns into a formatting nightmare, like I said it's my first. Thanks everyone and happy building! I will be checking back to see if there is any interest and will provide my personal email for further communication about the sale. 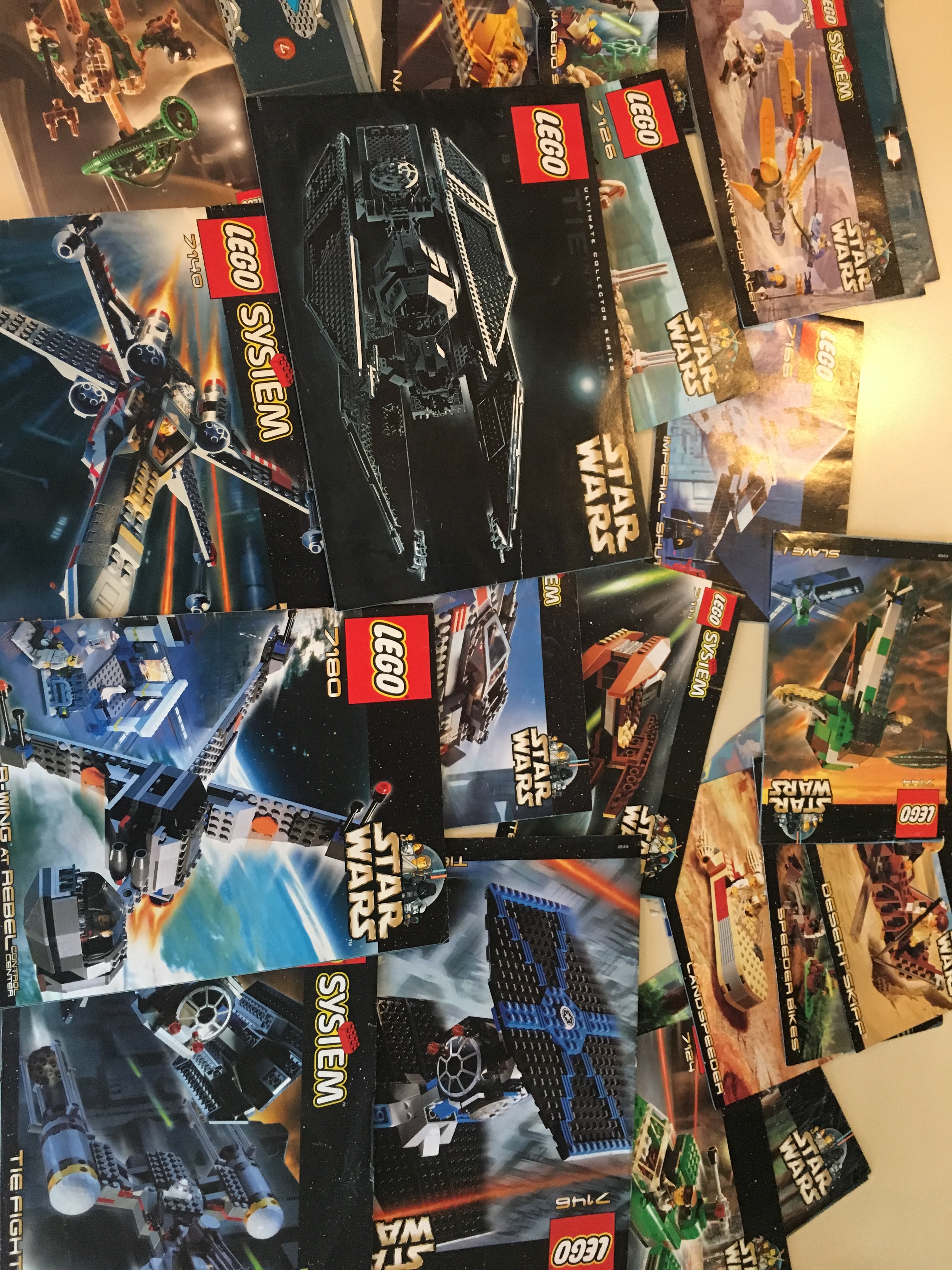