Paperballpark UK / KLMember Posts: 3,531
September 2015 in Everything else LEGO
For my current project I've used a lot of Dark Bluish Grey elements - bricks, plates and tiles, as well as a few others. When I say 'a lot', I mean thousands upon thousands of pieces - probably approaching 10k. Using this amount of bricks, I've noticed minor colour variations here and there, but nothing that has overly concerned me.

However, I recently placed an order with Lego's Bricks and Pieces service, which included 200 1x4 Dark Bluish Grey tiles. Yesterday I came to use them, and was quite shocked to discover that they were significantly lighter than any other DBG parts I have. The difference is so noticable that I've had to take apart part of my project to 'hide' these lighter pieces where they will be least noticed.

I've included below some comparison photos. In the first one, I'm sure you can see what I mean. However, it's not a great photo (a bit blurred). 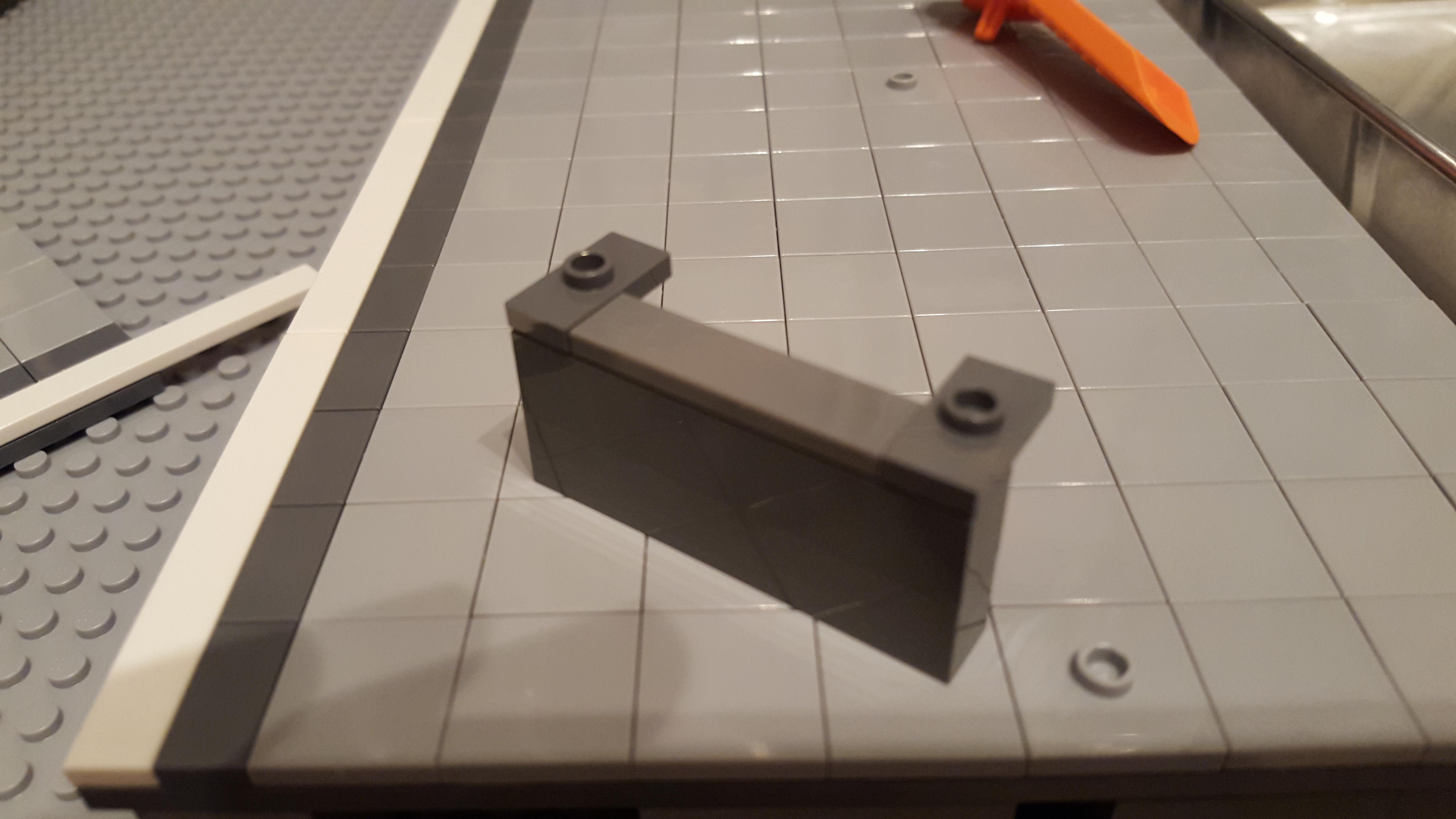 The second photo shows two of the darker tiles and two of the lighter tiles. From this, it's obvious it's not a trick of the light or anything like that. 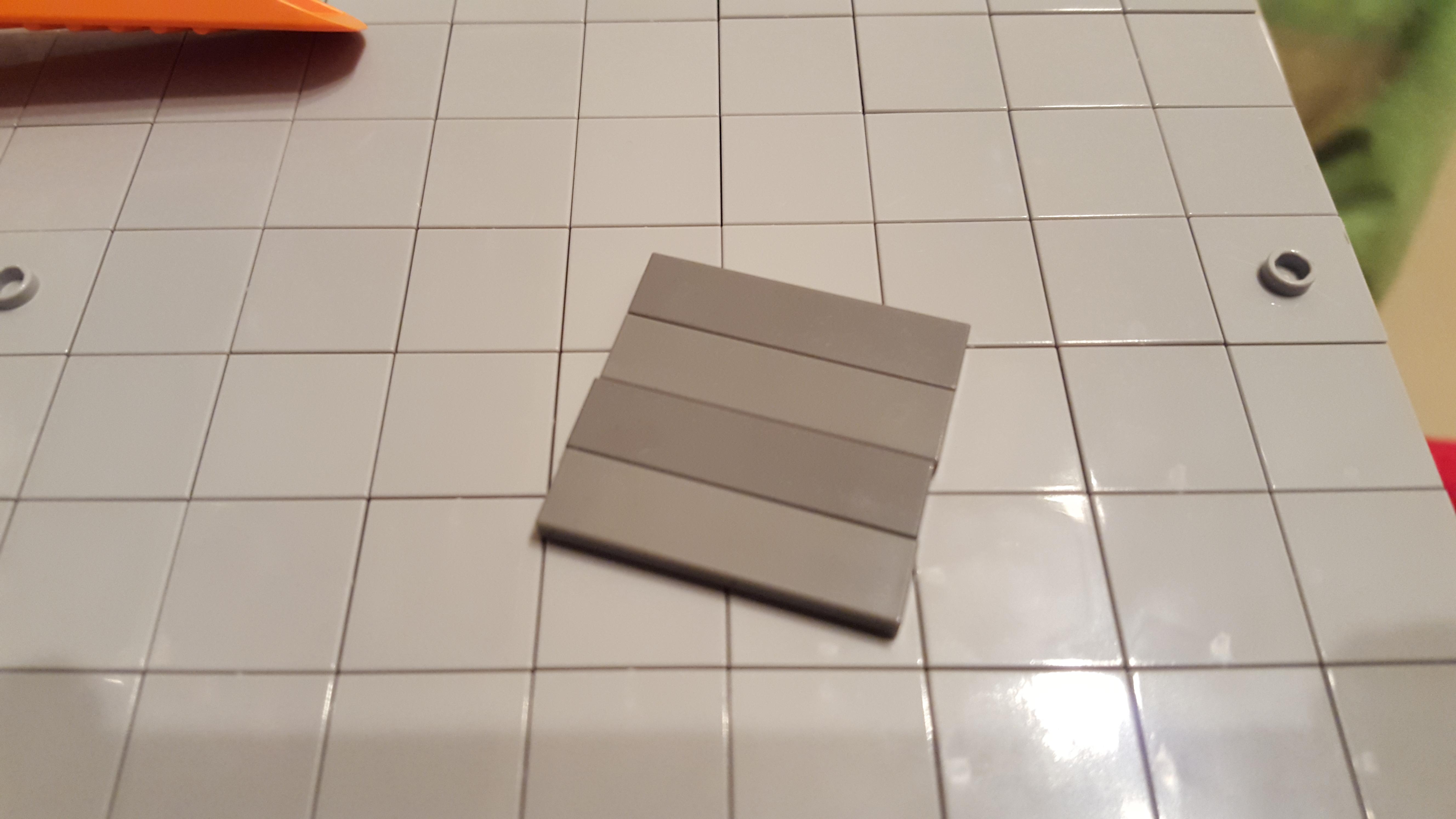 The third photo shows a Light Bluish Grey tile (left), with a normal DBG tile on the far right, and a lighter DBG tile in the middle. The difference in colour is so much that it could almost be an entirely new colour - a 'Medium Bluish Grey', if you like. 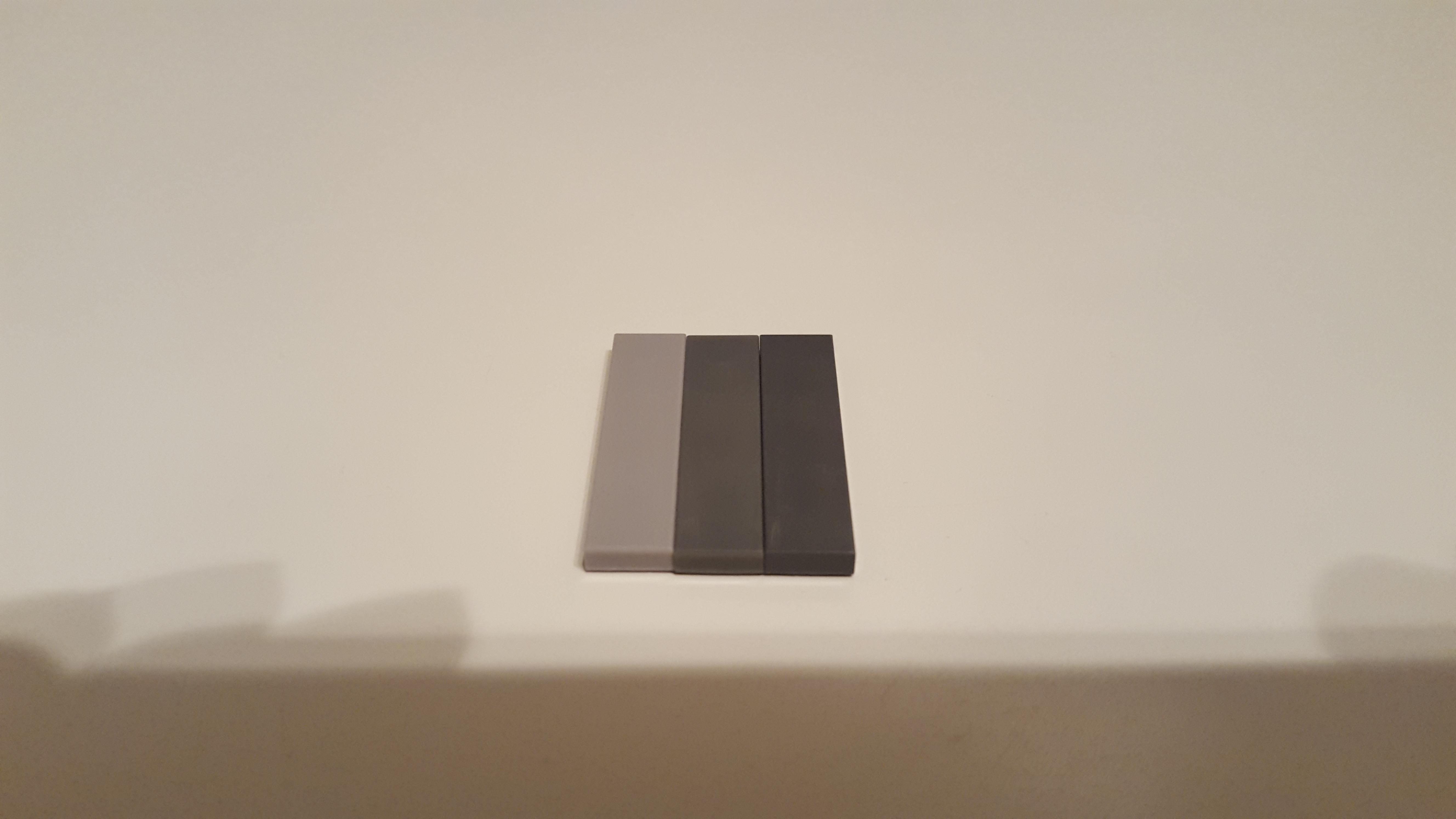 Has anyone else had this problem with DBG? I'm not talking slight variations in colour (we've all had those), but serious variations, where it could almost be a new colour.