A big THANK YOU!

Huw Brickset Towers, Hampshire, UKAdministrator Posts: 7,015
August 2015 edited August 2015 in Brickset.com
At Bricktastic in Manchester at the weekend the exhibitors had a get-together on the Saturday evening and during proceedings I was presented with a very special bottle of whisky (a 31 year old) by @SirKevbags.

He said it was as a thanks for 15 years of Brickset and I must admit that, as well as being somewhat surprised, I thought it was a bit random given the context of the evening and really didn't know what to say in response which is why I didn't say much at all. But then later on in the bar while we were sampling a wee dram (a very fine 10yo Talisker if you must know) he went into more detail and it all clicked into place.

It was not only a thank you for Brickset but more importantly for creating the 'Brickset community' from which many great friendships, and the Fairy Bricks charity (of which Kev is chief fairy), have grown. I understand many of you contributed towards it and the plan was for it to be given to me next weekend in Billund but it was brought forward because unfortunately Kev can't be there.

So, a big thank you to everyone who had a part in it, I really do appreciate it although I'm still not sure I deserve rewarding given all I've really done is provided a platform for good things to happen on. It's more thanks to everyone who participates here that it's such a great place and a breeding ground for friendships and good deeds.

And a very special thanks to fellow whisky aficionado Kev for sourcing such a special bottle. I've never seen a whisky that old, let alone tasted one, but rest assured I will open it when the time is right and not keep it MISB (or should that be WISB, whisky in sealed bottle...) 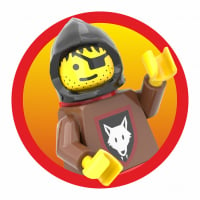 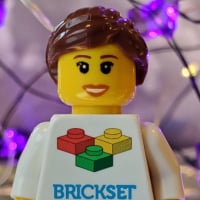