Hoth- what will we get this time? 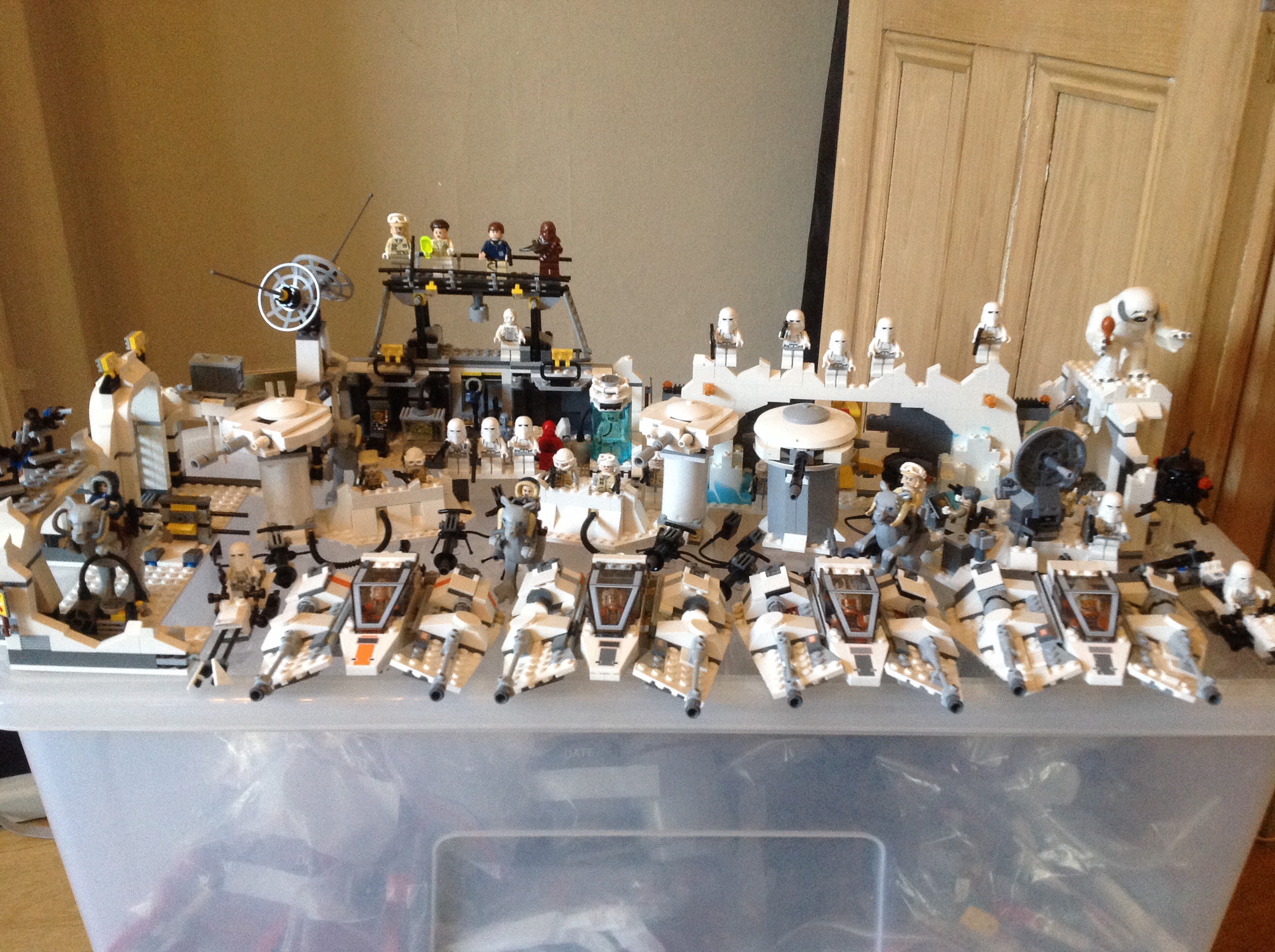 So with news now firmly confirmed that we have a new Hoth set on the way albeit an UCS. I wanted to think meaningfully about what me might get by looking at what we have already got, and it was a good excuse to get all much Hoth sets out of storage and spend a rainy afternoon building.

So, what do we have and what can Lego learn from their past offerings? Over the last few years we have had two 'major' efforts at a base, one Wampa cave and a couple of Hoth 'bits'.

The 2007 Hoth Rebel Base was a nice effort overall (an exclusive if I remember), the gun turret was sizeable, maybe a little too big compaired to the other bits in the set, but not detrimentally so, the snowspeeder good, but basic, the base extras are poor but the gates are a great effort, if Lego are looking to build on something they could do worse than the front gates.

The mixed up, no idea what it was meant to be 2011 Echo Base followed. Some great figures, an ever welcome TaunTaun and an interesting Medical Room don't make up for a set that had no idea what it was doing, a lesson for Lego here is take what they did when designing this set, and do the opposite.

The smaller sets don't really offer much, some nice turrets and scenery, TaunTaun's a plenty and some good figures, excellent edging details for any bigger set if Lego want to draw on these for inspiration, I am thinking some trench like element to the UCS, in front of a nice gate.

The Wampa cave is great, and one of the best Hoth sets offered up, it's not a big set but a lovely little offering and this would be great as part of a bigger UCS, and a Wampa, I mean what else could a Hoth fan want.

the Emperial Speeder Bikes that litter a few sets can be left at home, they never appeared in the films and are an add on that only takes good Lego parts away from other parts of the set, which leaves the two larger vehicles to concider.

The AT-AT (not pictured due to being buried under a mountain of other boxed) and the Snowspeeders. It is unlikely an AT-AT will be included as that would add £100 to the price tag without a single piece of the base being built, so it is likely that we will see another Snowspeeder.

The Snowspeeders haven't changed over the years, so much as evolved, a tweak here and brick there and while the speeder included in the 2007 Rebel Base set is basic it is still good and the most recent speeder from 2014 is almost perfect, my guess is we will get at lease one of these, maybe two (depends on price tag for the set).

If we look at the sets since 2007 we see Lego trying to put together a meaningful Echo base with assaulting Empirial troopers but almost consistently falling short of the mark, which is why I think they want to go back and give it a real crack. I am hoping they build on the exterior elements seen in the 2007 base and some of the smaller sets and some of the internal details seen in the 2011 base but with structure and meaning, rather than random placement, a pair of Snowspeeders and some base defence elements. Maybe on the Empirial side an Scoutwalker might be a nice surprise, if I remember one does appear on screen for a few seconds in the battle. And finally a Wampa cave out back, maybe a nice Han rescuing Luke with a tent, similar to the recent Arctic and Friends tents.

Anyway, I can't wait to see what comes out way and rebuilding all these sets reminded be of how much I love this frozen wasteland :)
image.jpg 1.6M