kooz Connecticut, USAMember Posts: 158
May 2015 in Collecting
I am just so... underwhelmed. I'm sure it's a good model and a fun build. And yeah, points for being functional I guess, but blah. For me, this was the least exciting pick they could make. 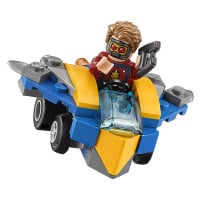