Architecture Sets - Flat Iron Building vs some others 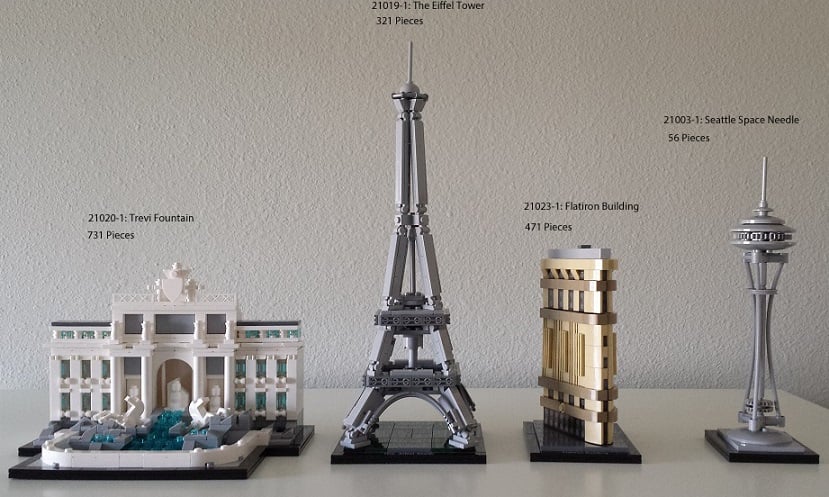 The architecture series sets are variable in size and building satisfaction.  After recently completing the #21019 Eiffel Tower, I assembled the #21023 Flatiron Building.  They are both clever entertaining builds, resulting in a great display models.  Some of the earlier sets in this line felt overpriced and too quickly completed.  The #21003 Space Needle falls in the category, but I wanted that particular iconic landmark for my collection.  I found #21011 Brandenburg Gate underwhelming, #21020 Trevi Fountain engaging.