logicstorm UKMember Posts: 97
March 2015 in Everything else LEGO
In the attached picture the figure on the left is (I am 99.9% sure) a genuine IAJ001 Indiana Jones minifigure. On the right is another copy of what I initially thought was the same figure. Its isn't so easy to see in the picture so I'll list the differences here:

*Printing on the legs is lower down.
*The shirt appears to be light tan rather than very slightly blue.
*The plastic of the legs and hat are a slightly different colour.
*The pattern of crumples on the shirt doesn't quite match.
*The buckles on the belts are not shiny.

Normally a fake can be identified by the lack of LEGO logo or other identifying marks but the figure on the right has these markings:

I've not seen fakes before that actually go to these lengths so is it a fake or defective or something else? 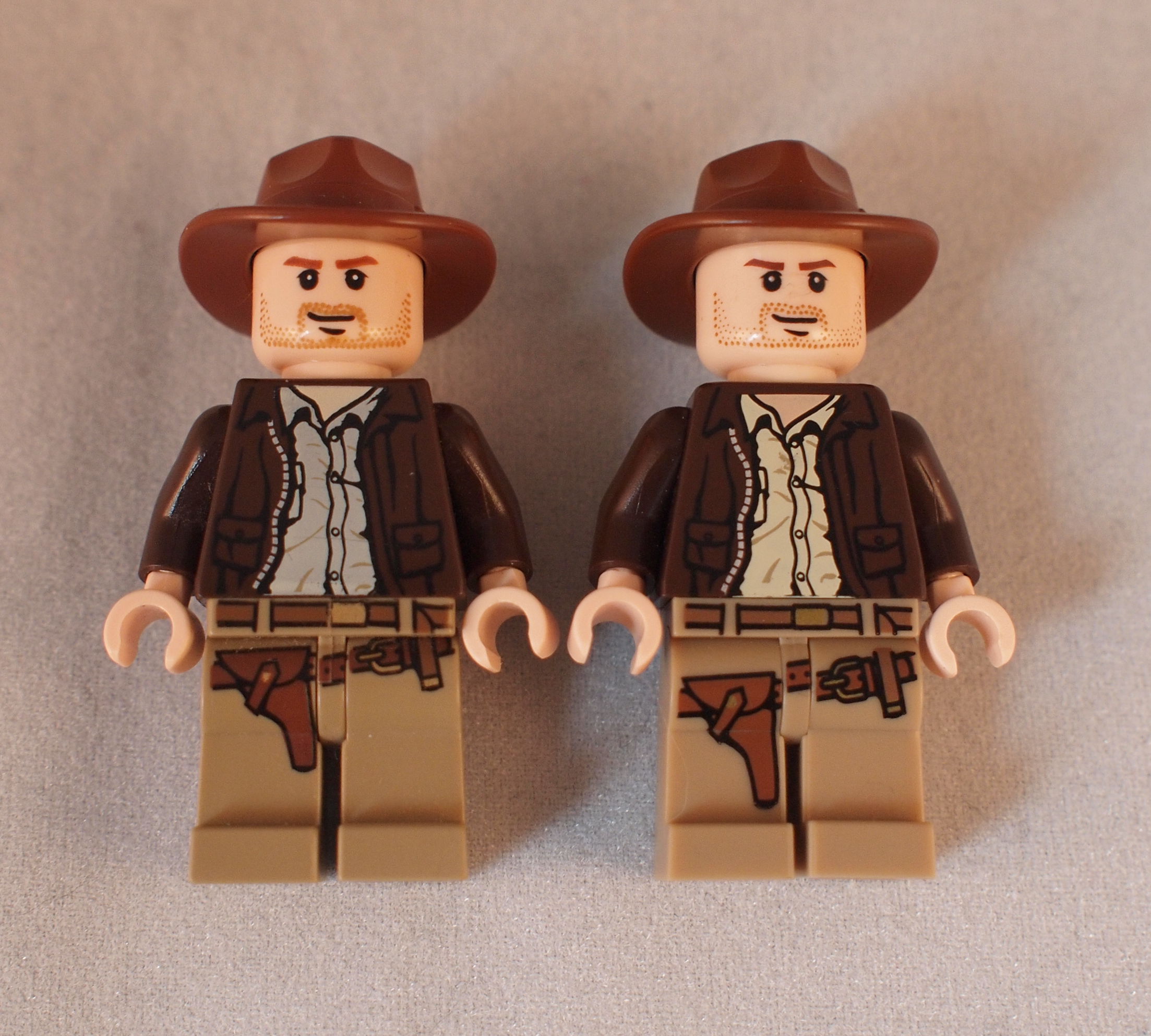