We proudly present the Ultimate Collector Series LEGO Star Wars TIE Fighter. As featured in many of the action-packed Star Wars battle scenes, including the decisive battle that led to the destruction of the first Death Star, this large-scale LEGO-brick rendition of the classic Imperial starfighter has intricate detailing, as well as an opening top hatch and an exclusive TIE Fighter Pilot minifigure with a blaster pistol. And when you want to keep it safe from Rebel attack, mount the model on the display stand and keep yourself updated with all the key facts and figures on the included fact plaque. The Ultimate Collector Series TIE Fighter is the perfect addition to your Star Wars collection!

Includes a TIE Fighter Pilot minifigure with a blaster pistol
Features an opening top hatch
Includes a display stand and informative fact plaque
The perfect flagship model for fans of Star Wars and LEGO brick building
Collect one of the most iconic starships in the galaxy!
TIE Fighter measures 18.5” (47cm) high, 12” (30.6cm) long and 12.2” (31cm) wide 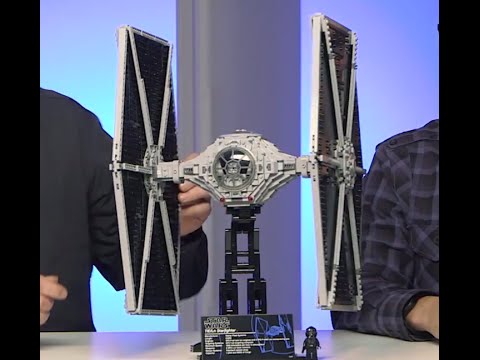 
My Thoughts:
Olav has done a wonderful job but this will be a pass for me, simply because their are other upcoming and current sets that interest me. Plus now my focus is to build more MOC's.
75095-1.jpg 901.3K
0