Istokg MichiganMember Posts: 2,326
December 2014 in Everything else LEGO
This weekend I saw something I had never seen before, Portuguese LEGO sets for sale on German Ebay, namely spare parts packs for sale, from 1957-59, the first years of LEGO sales there. These were being sold from Spain, but I knew that was not their origin, since LEGO was not introduced to Spain until 1965.

For LEGO basic and model sets, LEGO from Portugal is impossible to differentiate from that of the rest of Europe, even in the early days (LEGO sales started there in 1957... the only clue might be a Portuguese catalog included in the set. They would also be impossible to spot in spare parts packs, were it not for the anecdote of my friend from there Joao Mimoso. His mother saved all of his LEGO from when he was a child, and he saw it again for the first time after she had passed away. It is thru his story that we are at least able to recognize LEGO spare parts packs from Portugal. It would be next to impossible to do, were it not for a few telltale signs. Here is Joao's very poignant story about early LEGO in Portugal...

One sign that a set is Portugues is that the LEGO boxes from there have "LEGO SYSTEM" on the boxes, but with the same image as other continental European countries. The rest of continental LEGO Europe had writing in the local language on the earlier boxes. But Portugal only had an early box top (as seen here) with "LEGO SYSTEM", and never written in Portuguese. 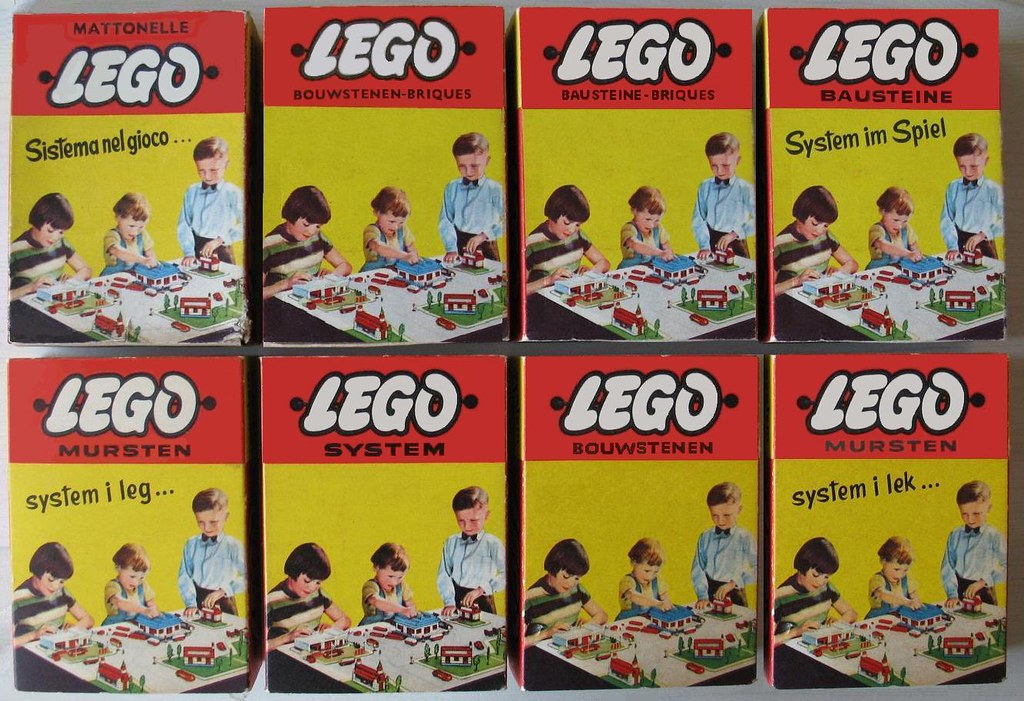 
Another telltale sign is if some of the parts packs in a multi-group lot of Portuguese spare parts packs have the Swiss "Bausteine-Briques" on the box top. For some odd reason Swiss boxes also found their way to Portugal. Why TLG shipped Swiss boxes to Portugal is a mystery. Maybe they had excess boxes destined for Switzerland??

Anyway, here is a 226 Named Beams (8 printed 1x6 and 1x8 bricks). None of these are actually Portuguese, but bricks used in other countries... although some such as GARAGE, ESSO SERVICE, CINEMA and HOTEL are pretty universal, and found in the 226 parts packs of many countries. Even though individually these printed bricks are not really that valuable, it is the fact that they came in a Portuguese parts pack box that really adds to their value. 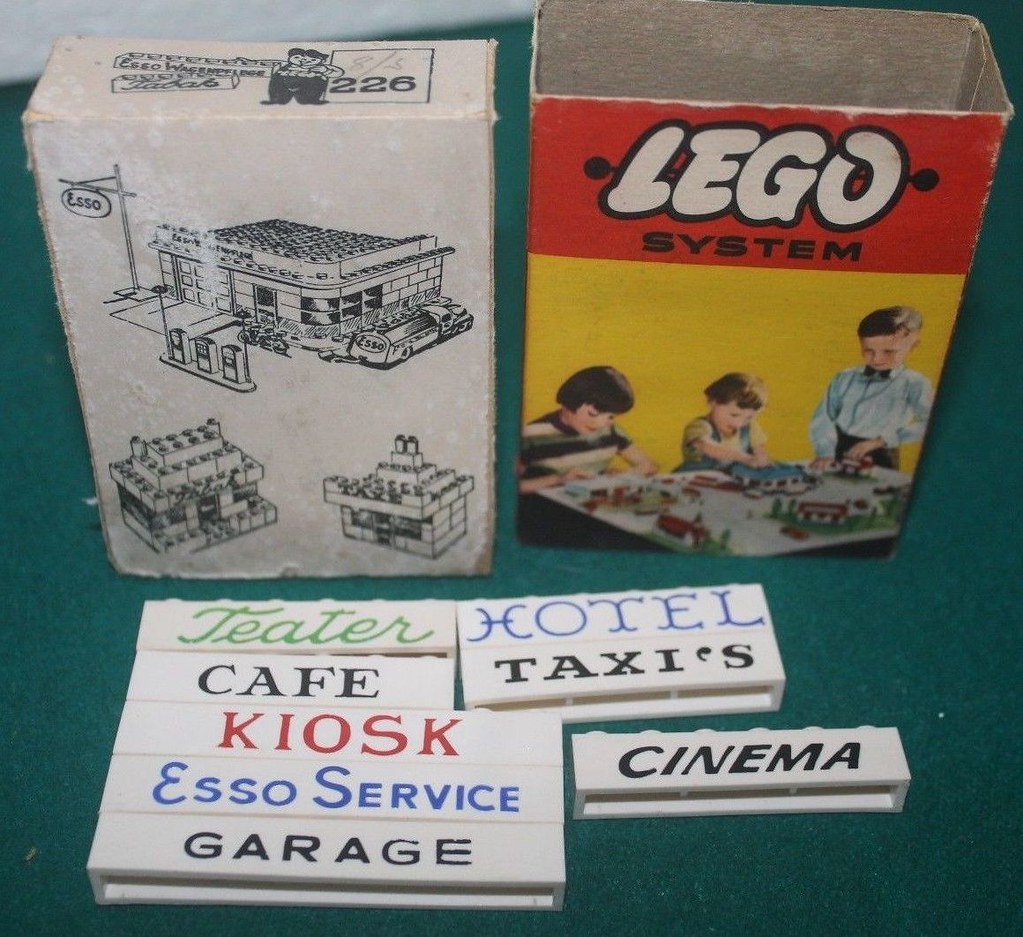 The major difference between this Ebay auction and Joao's own 226 pack bricks is that here we have a Danish "Teater" brick, while in Joao's pack it is a German "Theater" brick.