Istokg MichiganMember Posts: 2,326
December 2014 in Everything else LEGO
LEGO customer catalogs have been produced by TLG almost continuously since 1949. Until 1965 they were more or less just a single piece of paper, sometimes folded, other times not. All of these early catalogs were either printed in Denmark or Germany. And the design/layout of these early catalogs greatly varied from year to year.

The inside of this folded catalog shows the earliest known image of LEGO buildings and models....

As far as I know... there is only one known example of this 1949-50 catalog image, and this is not in the possession of the Billund Archives. I would value this rare survivor into the thousands... $$$

In 1953 TLG switched from calling their product from "Automatic Binding Bricks" over to "LEGO Mursten". However, there were no true LEGO catalogs or price guides produced in 1953. The only item that fills in the gap for 1953-54 is this page from a Danish LEGO Retailer Catalog.... 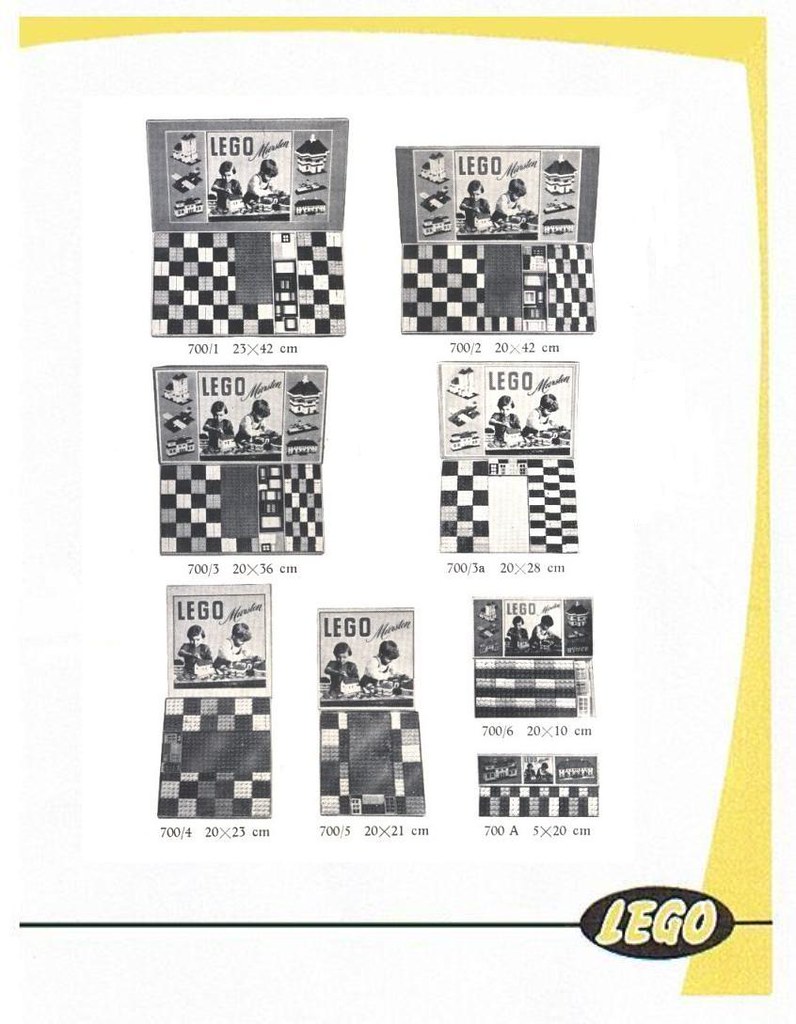 My LEGO collectors guide has an entire huge chapter devoted to early LEGO catalogs, an unbroken list from 1949-65.