KevBrickstruct Member Posts: 42
September 2014 in Building and Techniques
I just finished building 75054 last night ( the latest AT AT Walker) to hit the shelves. While I like the head on this new one…I still think that 4483 is the better build of these 2. I actually took set 8129, (the previous version of the AT AT), apart and used it to build another 4483 version, but in the new BLEY colors. Yes, I like set 4483 that much. Or maybe it was I did not like 8129 enough to keep it the way it came. (My BLEY version of 4483 is what you see in the photos). The new version (75054) is really very weak on play value. The original 4483 has removable side troop seating, and the speeder bike cargo area to launch from the back. I think the only thing going for 8129 was the minifigs / Han Solo Bespin minifig honestly (the only one to date). And yes, I did not mention the motorized AT AT for a reason…although it should be included as we have 4 AT-AT sets officially. 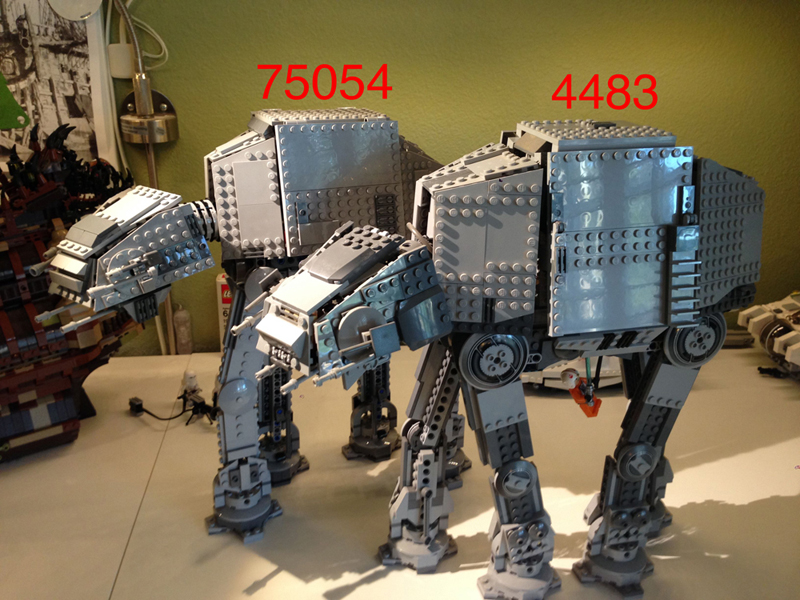 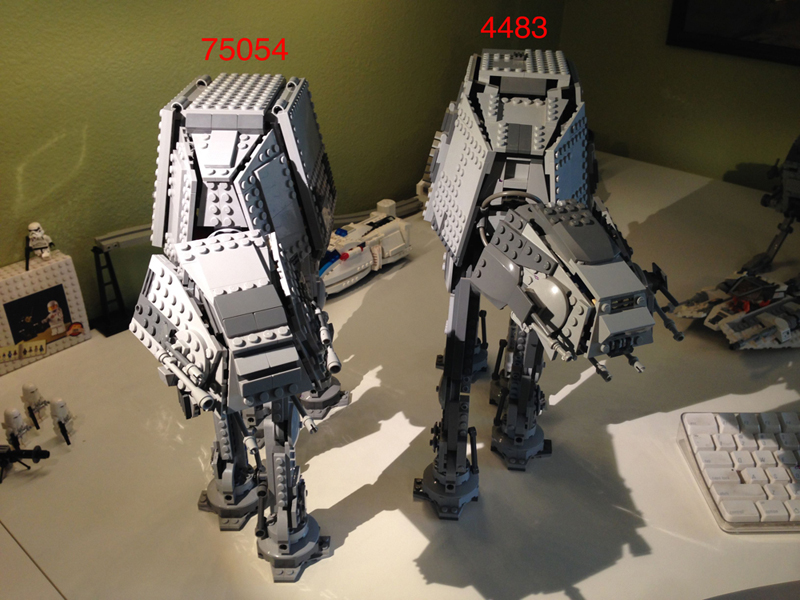 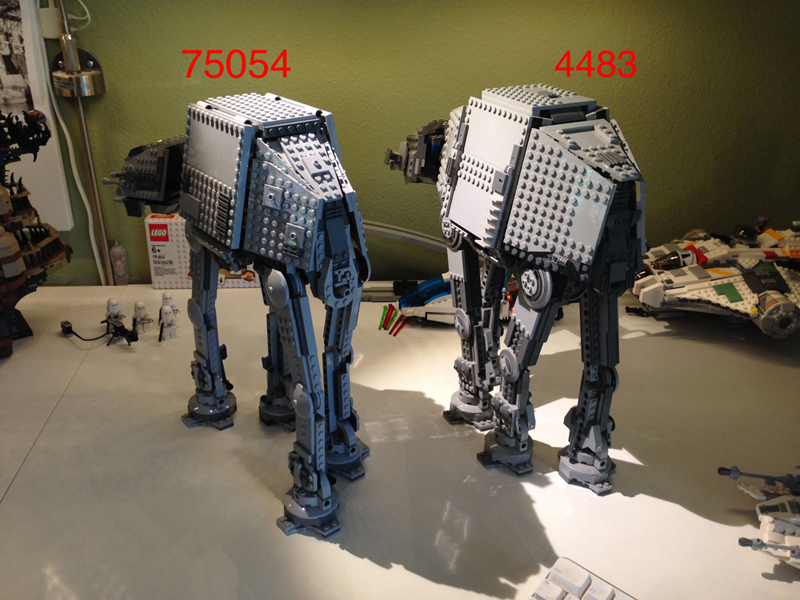 Side compartment on the new AT AT…no interior, just a lame trap door with no cable line or anything. Watch your legs on that landing. At least it's Hoth, and not Endor. 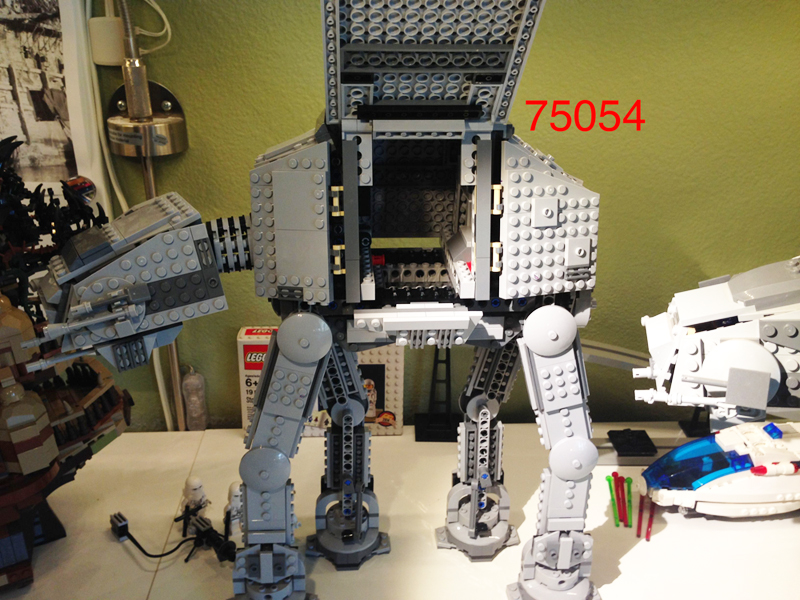 4483 Side compartment…oh yeah, we got stuff going on in there! 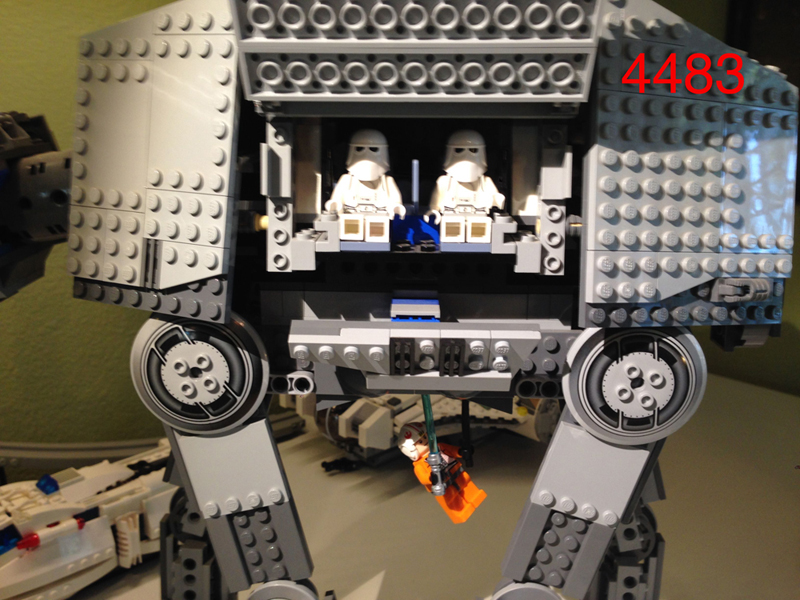 Aft side shot of the new AT AT…just technic, frames and support structure going on,….blah. 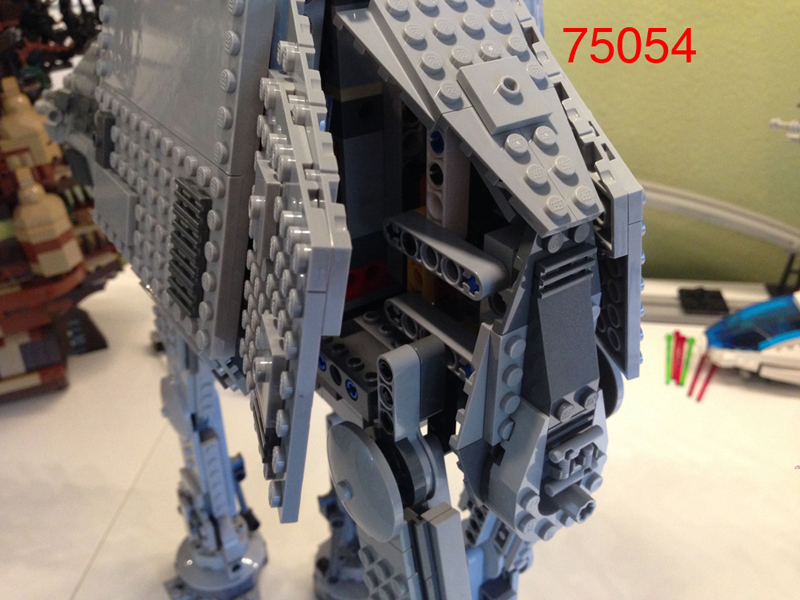 and a shot of the 4483 ,same area….but with a snowie on the bike ready to hit it! When you pick up the two models you can feel the difference in the weight for sure. Again, I think the head on the newer one is better, stays together better / more sleek, and 4483's head has some issues ( staying closed and attached) being two of my gripes on that one. As a matter of fact, when I picked up 4483 to put him back in my case his head fell off, again. 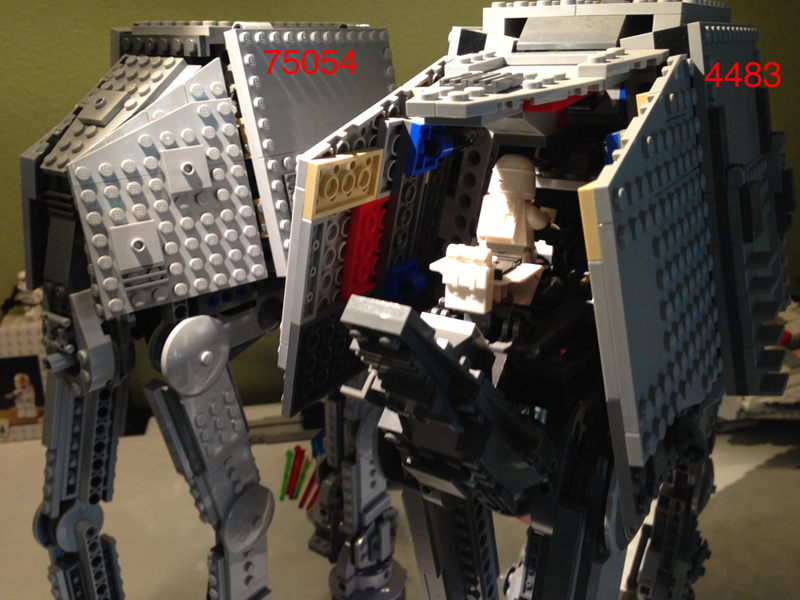