Brickset Forum
Home› Best Of
Shopping at LEGO or Amazon?
Please use our links: LEGO.com • Amazon
As an Amazon Associate we earn from qualifying purchases.

Ahh.  This has been the thread I have been waiting for.  My LEGO passion has died.  It started in 2011 in my 60s.  I still enjoy LEGO, but my passion has returned to painting in my 70s.  I will continue to collect Modular Buildings, Winter Village and a few very Architecture sets.  I was relieved when the Fairground series ended.  My LEGO has become a burden on my space (we moved and downsized.) Dealing with it has become a mental and physical block to my time.  BUT it is almost impossible to let go.  What if I want to build that again after all?  I managed to give my City sets to a grandnephew. Except for a row of MISB LOTR/HOBBIT my sets are all used.  I collected lots of parts to MOC, but never turned into much of a MOCer.  It is nice to have spares when rebuilding a set and pieces have gone missing.  I have no desire to spend time selling.  I do not need to recoup the money spent.  I need a counselor who specializes in LEGO reduction.

I have the familiar problems of storage space, display space, and organization. I’ve been reminding myself recently that my parts collection is now big enough that buying random cheap sets for parts is no longer justified. But finding sets at ridiculous clearance prices has been one of my favorite parts of collecting. Unfortunately, it leads to me looking at those sets in their boxes and thinking “why did I get that?”, or “Crap, I need to break that down and sort the parts.” And just to complicate things further, I now look up those unopened sets on BS or BL and see what they are selling for on the aftermarket, and think I should really sell some (but I never do).

Has anyone else felt like they have or are getting burnt out with collecting?
Being born in the mid 70's I was big into Lego in the 80's and had a lot of sets, of which I still have quite a few.  I came out of my dark ages around 2006 and really started collecting heavy.  I mostly collect City, Modular, Castle, Nexo Knights, Power Miners, Ninjago, some Creator, etc.  My wife and I were in a small house for a while and during that time I acquired a lot of sets I didn't have room to build or display.  We have since built and moved into a new house where I have more than enough room.  However I don't want to have a dedicated Lego room as I have already taken over one room for my video game set up and collection. My idea was to have a few sets out on display in my home office and rotate them out with others.
The problem I am facing is, #1 I have such a back log of sets to build I don't know if I will ever get to all of them and #2 trying to organize and store the collection is just becoming a chore. It almost feels like a job at this point and I feel like the joy for them is dying.
At the same time whenever I am in a store and I pass by the Lego isle, just seeing that blue City box and those pictures makes me want to buy it. Part of me has thought about just selling it all and ridding myself of it yet I fear I might regret it.
Has anyone else been in a similar situation?

There are 478 new parts in the database today. Lots of recolors but there are few parts I'd never seen before. Most seem to be from the NES set and the Mario Bros sets. This one stood out to me. The most exciting thing for me is that the new brick separator from the Art sets is available from Bricks&Pieces.

Re: Gaps in collection

Just bought a few sets to get me started, bookshop is on backorder. I have managed to get hold of a holiday train (my brother bought this for his kids, and we all built it at Christmas). I also bought gingerbread house and a few friends and city sets. I have to say - so many new parts. My new Lego room is also coming along nicely. I am very glad to be back.

For my entry I definitely wanted to go the Harry Potter route.  I chose the “wand chooses the wizard” scene in Ollivander’s since that is a pivotal moment in young Harry’s magical career.  I made the roof removable and the side wall hinged for better access. 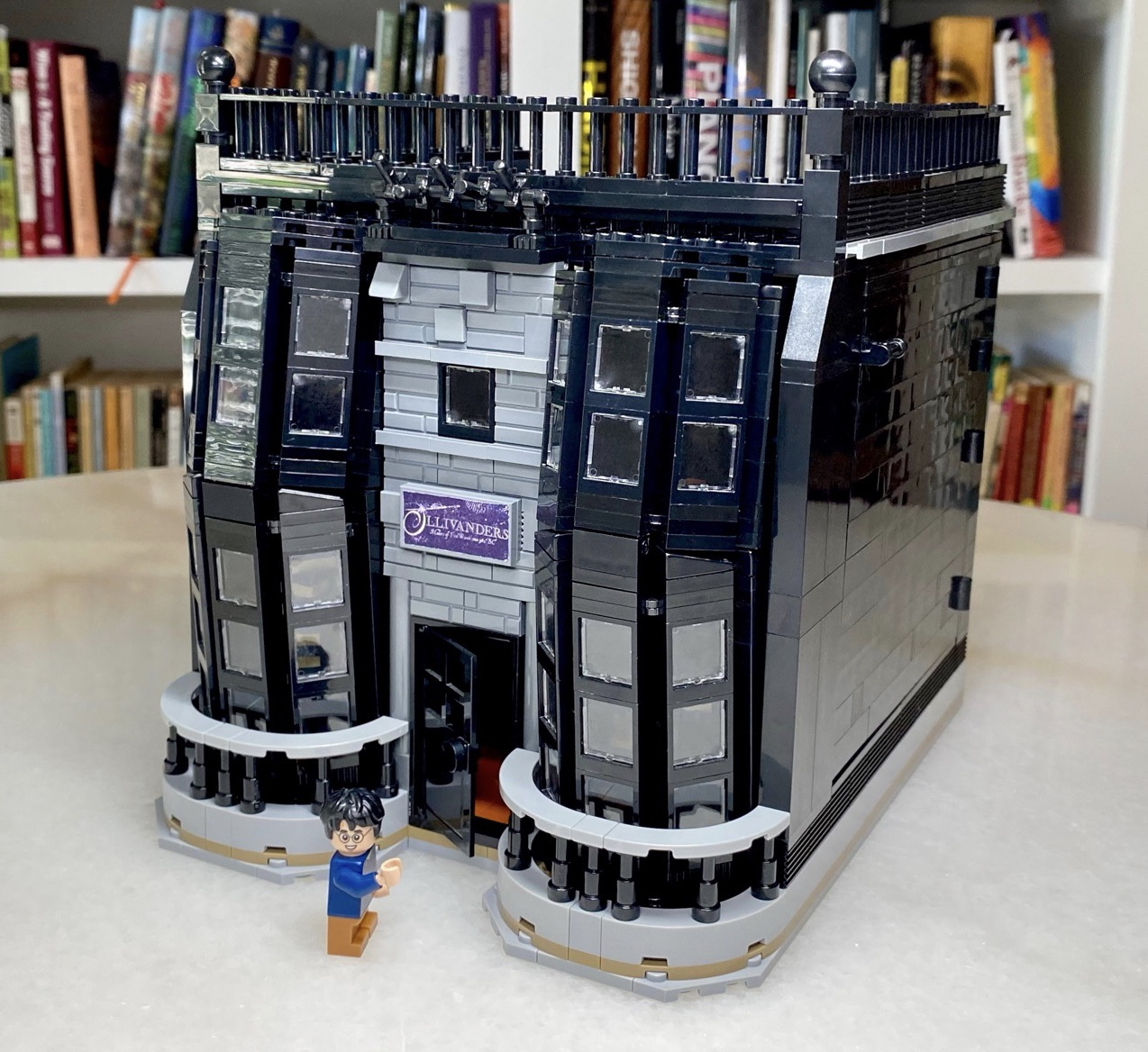 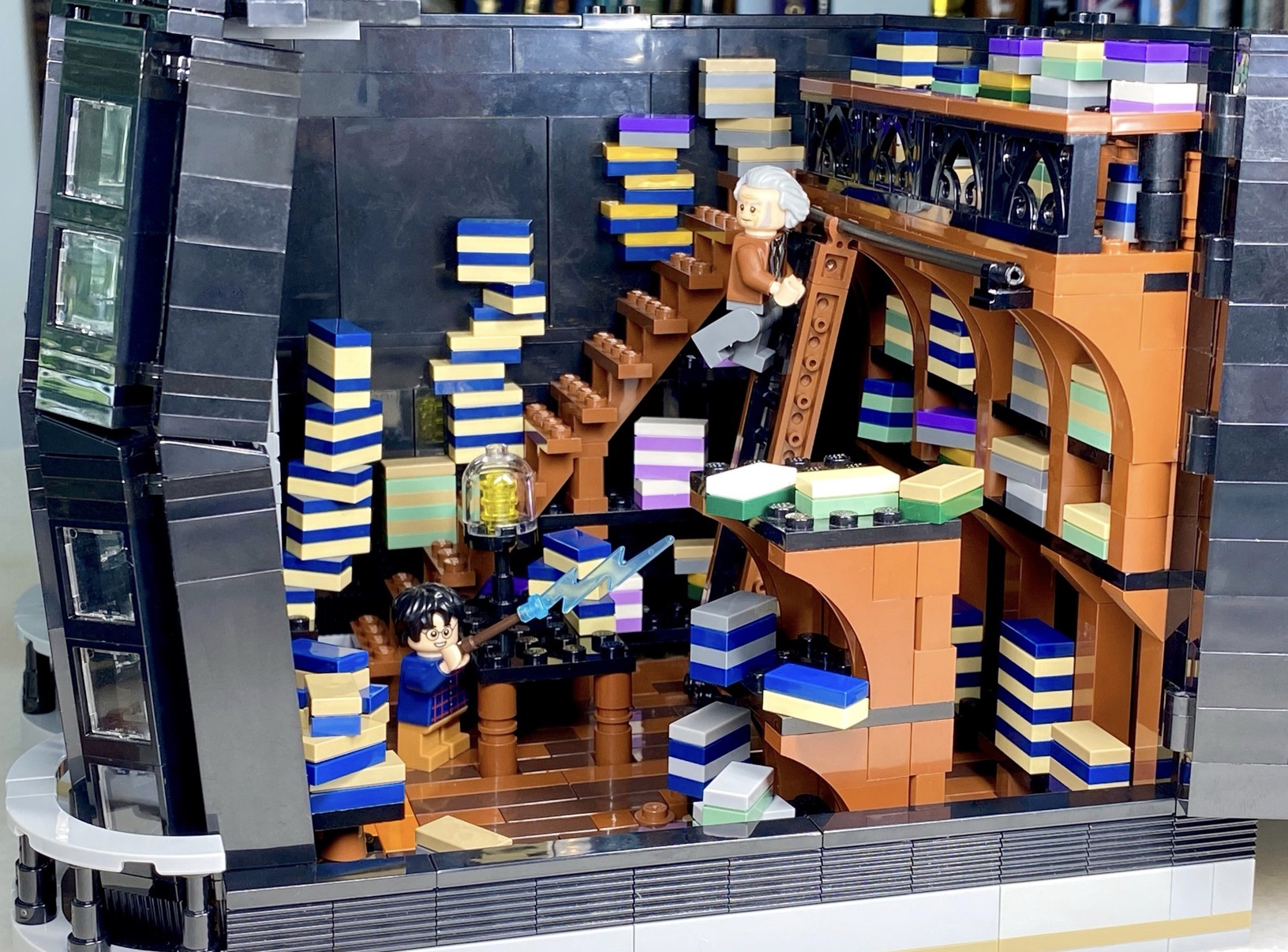 Getting the front windows to be rounded and tilted in two directions at the same time was the biggest challenge by far.  I also tried to recreate the organized chaos of the stacked wand boxes filling the shop.  I had to use an “illegal” connection to recreate Harry’s first time performing magic with his new wand, but it seemed the best option to achieve the effect.  Now I want to build a “Quality Quidditch Supplies”, a “Flourish and Blotts” bookshop, and more.  I’m eager to see what others come up with in the next few weeks!

Re: Collecting certain parts only 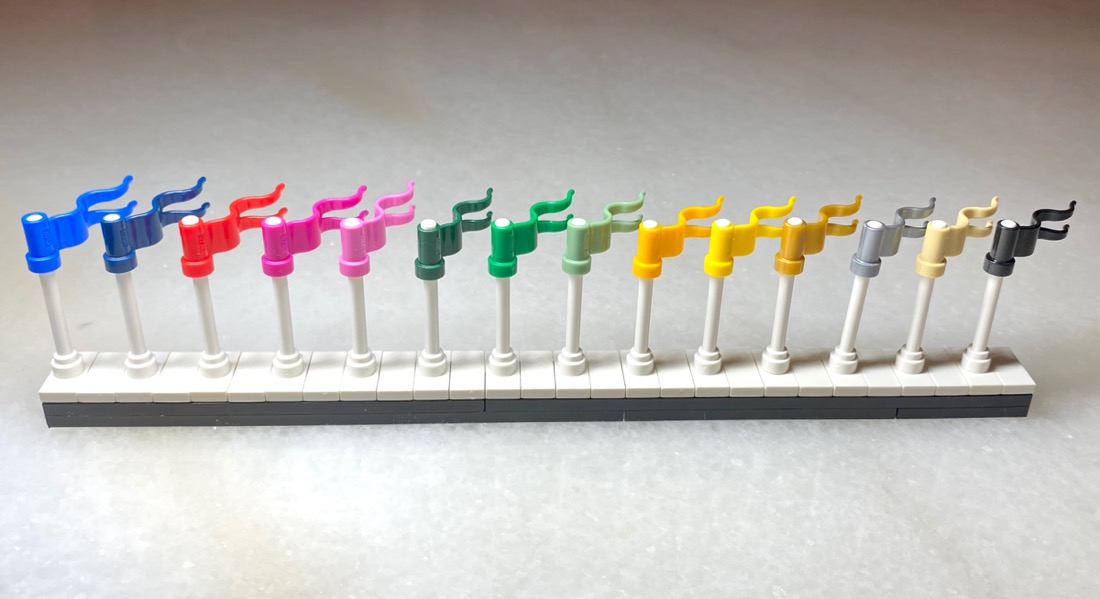 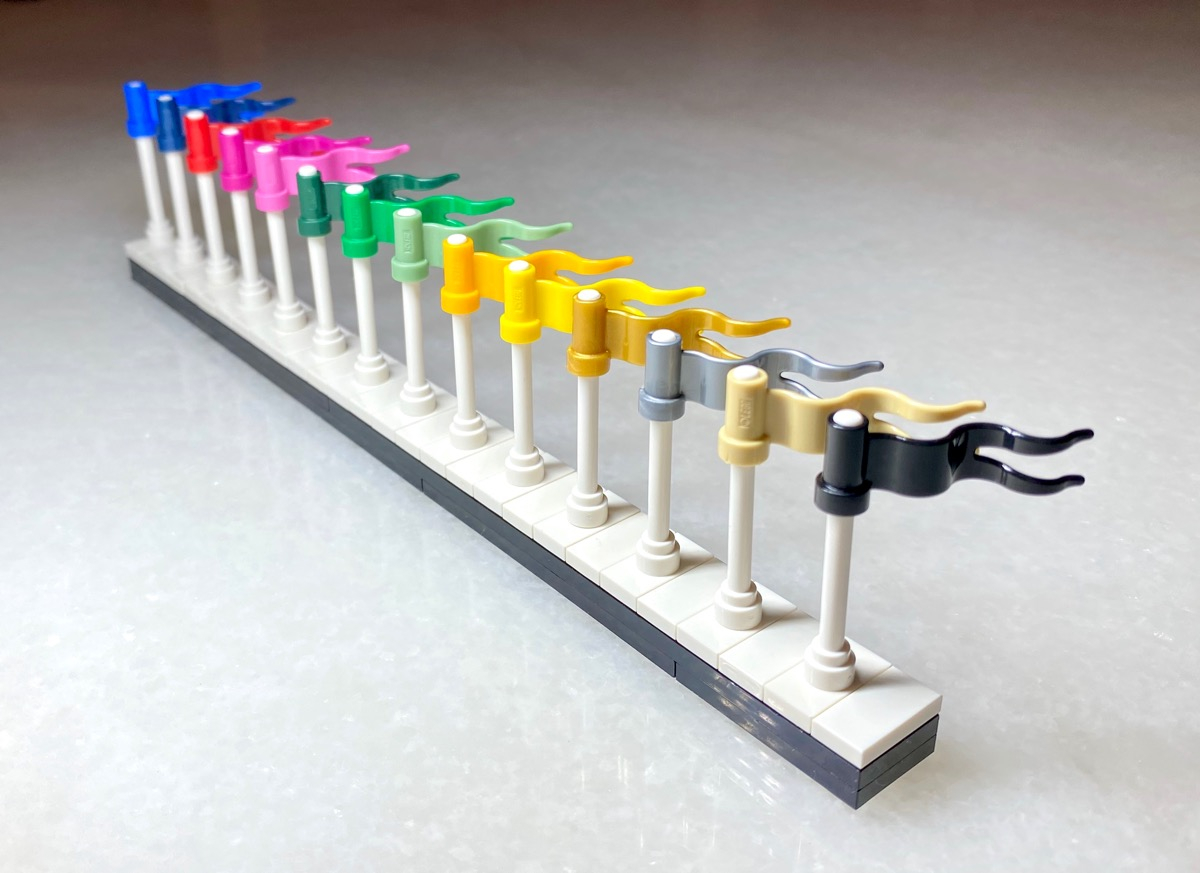 Re: What are you building right now? 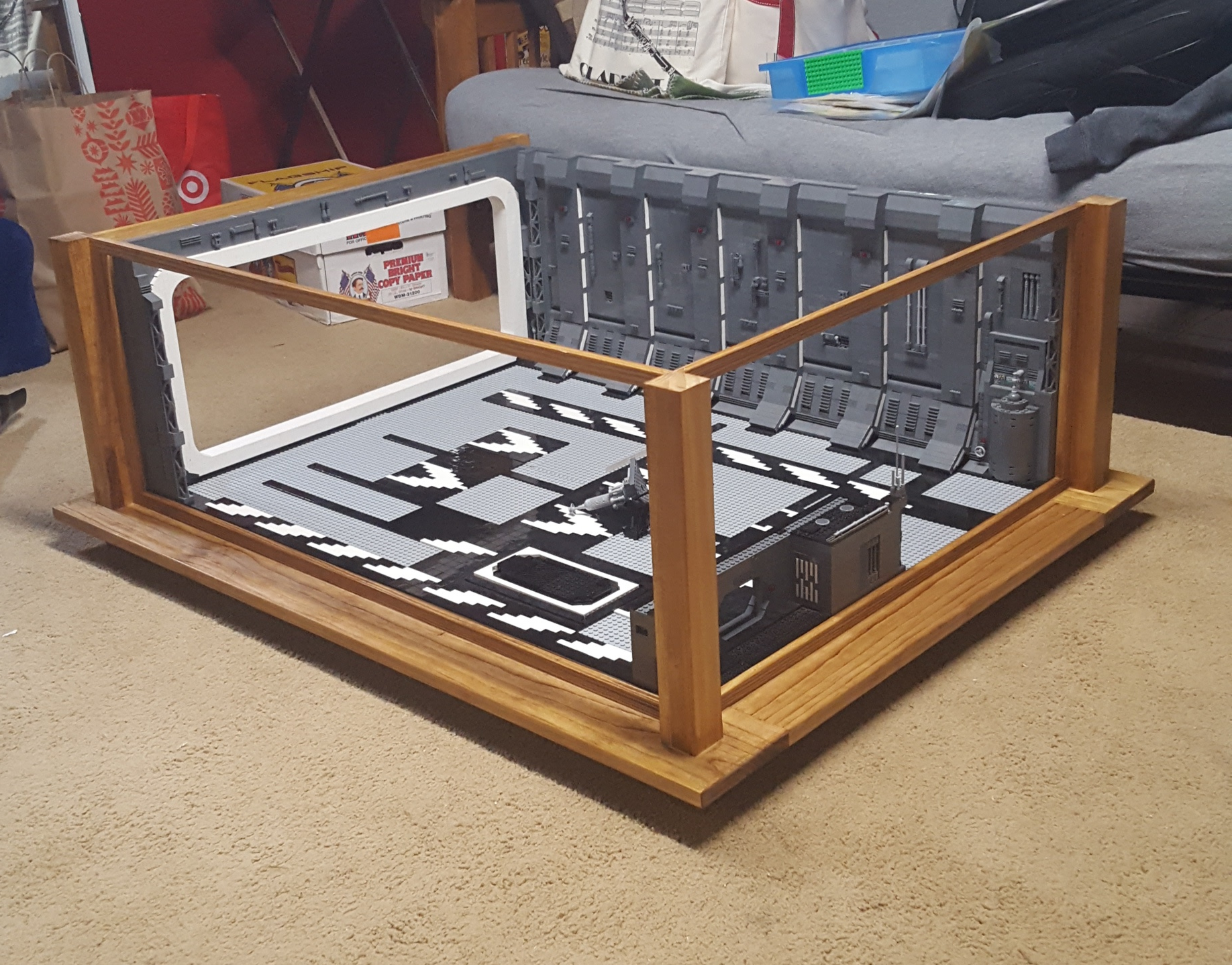 When your hobby starts to feel like a job, step back and refocus on what you actually enjoy.